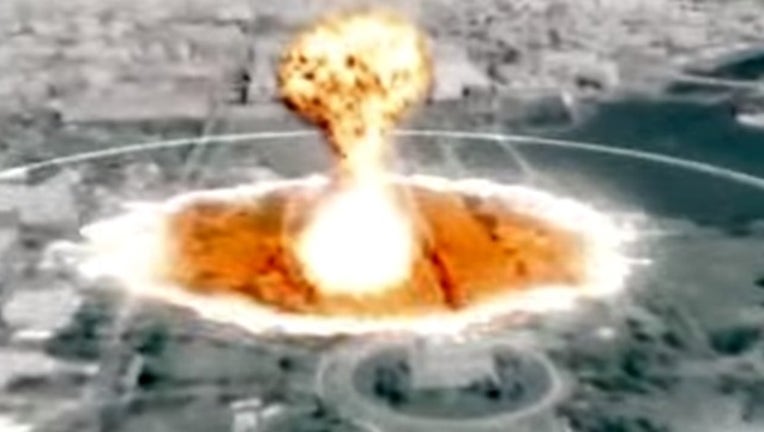 “If the American imperialists provoke us a bit, we will not hesitate to slap them with a preemptive nuclear strike,” the video says in Korean, according to the New York Times.

This is not the first time North Korea has threatened a U.S. city-- in 2013, the country released a similar video showing Manhattan being bombed and another showing President Obama in flames.

Watch the full video below.