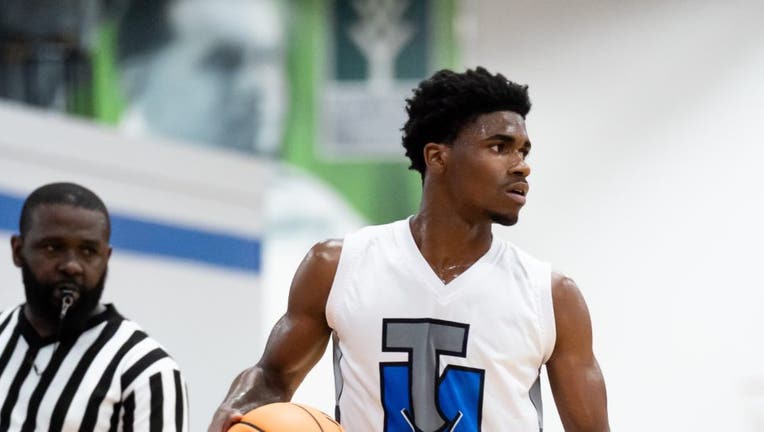 CHICAGO - Norvell Meadows, an All-City high school basketball player at Orr and Prosser, was shot and killed on the West Side on Thursday.

Meadows, 19, was shot once in the chest according to two of his former coaches. He was taken to Stroger Hospital and died on Thursday night.

"He was where his mother lives, where he was raised," Prosser basketball coach Perrick "Moon" Robinson said. "His grandma has owned the house for 50 years. He was walking down the gangway to the garage and someone was there waiting for him."

Meadows became a father in the past month.

"He had a son like three weeks ago," Robinson said. "We’ve been talking every day this last week. A lot of his friends had been locked up or killed and he didn’t want to go down that path. It’s so sad. He was focused these last few months. He was figuring life out."

Meadows was one of the city’s most promising guards during his first two years of high school at Prosser. He transferred to Orr his junior year after Prosser was relegated to the less prestigious White Division.

Meadows remained close with Robinson despite the transfer.

"He was like a big brother to my daughters," Robinson said. "I don’t even want to tell them what happened.

"He’s one of those kids that it is hard not to love. He’s smiling and joking all the time. When he walks in the room you know he’s there. I don’t care if it is a basketball court, classroom or kitchen. He lived his life the way he played. He went hard at it. Everything was 110 percent."

Meadows’ basketball career was destroyed by the pandemic.

Orr advanced to the state finals in March of 2020, but the tournament was canceled due to COVID-19. That would have been an extremely high-profile showcase for the 6-0 guard.

The Spartans only played a handful of games due to COVID during Meadows’ senior year and there were no state playoffs that season.

Meadows attended Lincoln College last year and was a walk-on with the basketball team according to former Orr assistant coach Jimalle Ridley.

Lincoln College closed in May.

"He just couldn’t catch a break," Ridley said. "There’s no doubt the pandemic changed everything for him. We weren’t able to travel the country his senior year and he didn’t have an AAU season after his junior year due to COVID."

Meadows was a popular member of the city’s basketball community. More than a dozen friends, coaches, teammates, and family gathered at Stroger Hospital on Thursday night.

"The one word that describes everyone’s feelings would be shock," Ridley said. "Shock, anger, disappointment. It’s a tragedy. We are exterminating each other over petty differences. For clout. For reasons I can’t even comprehend."