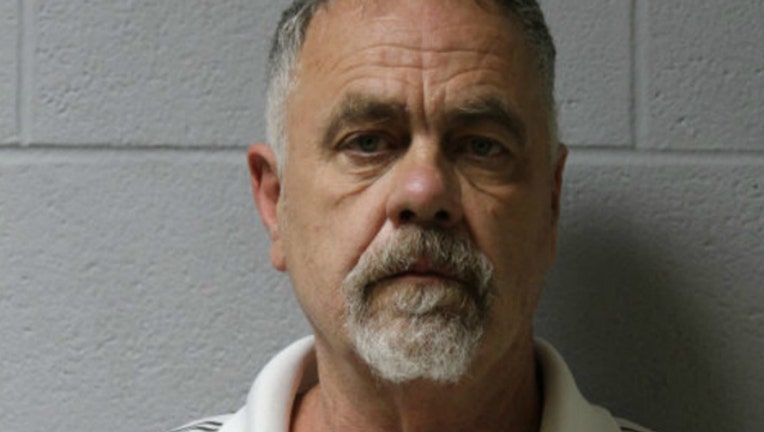 CHICAGO (Sun-Times Media Wire) - A nurse is accused of hiding a video camera inside a restroom of his workplace and secretly recording a coworker in north suburban Glenview.

Michael Klusmeyer, 62, is charged with unlawful videotaping of another without consent in a restroom, the Glenview police department said in a statement.

Klusmeyer was an employee of DaVita Dialysis, 2601 Compass Rd., on July 23 when he placed a key fob with a hidden camera inside it in the women’s restroom, according to Cook County state’s attorney’s office spokeswoman Tandra Simonton.

The victim, a female employee of the center, noticed the camera and reported it to police, Simonton said. The key fob’s hidden camera allegedly contained images of her on it from within the restroom.

Klusmeyer was arrested and allegedly admitted to placing it in the restroom, Simonton said.

He appeared for a bail hearing Friday in Cook County and was released on his own recognizance, according to county records. He was ordered to have no contact with the victim.

Klusmeyer, of Wauconda, is registered in Illinois as a professional nurse, according to state records.

His defense attorney, Bill Luby, declined to comment when reached by phone Friday. Klusmeyer was due in court again on Sept. 5.

A spokesperson for DaVita did not immediately reply to a request for comment.