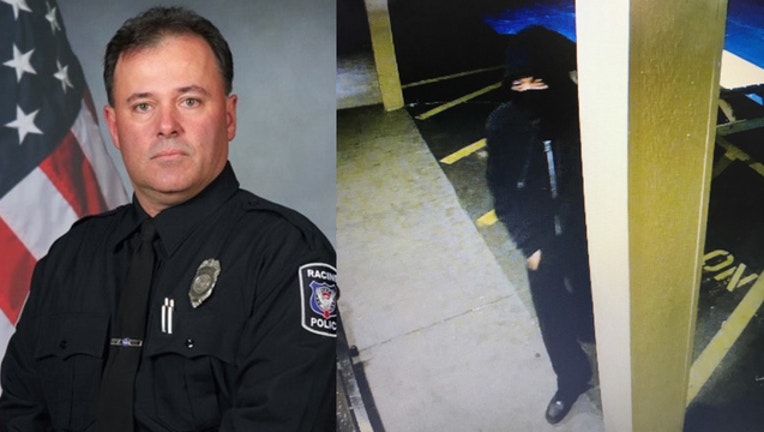 RACINE, Wisc. (SUN TIMES MEDIA WIRE) - An officer was fatally shot Monday while intervening in a robbery in southern Wisconsin.

Officer John Hetland was off-duty when he approached an armed robber at Tezzer's Tavern in Racine, Wisconsin, the Kenosha County sheriff's office said in a statement.

The suspect fatally shot Hetland and fled the scene, Racine police said. The shooting happened about 9:40 p.m. in the 1900 block of Lathrop Avenue.

The sheriff's office released a video frame of the gunman entering the bar.

Hetland was a 24-year veteran of the Racine Police Department, according to a statement from Racine Chief Arthel Howell.

"Officer Hetland was a trusted and highly respected member of the department, serving in various positions over the years, including an assignment as a field training officer, as well as a member of the Greater Racine FBI Gang Task," Howell told the Associated Press.