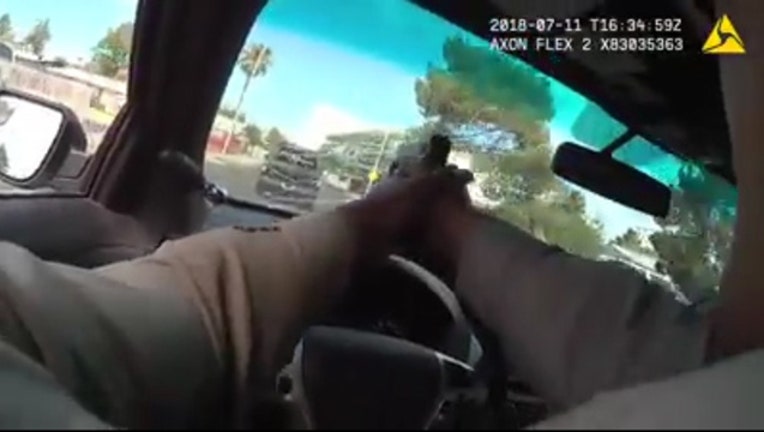 LAS VEGAS - An officer involved in a hot pursuit did not take any chances, as the wild scene unfolded along the busy streets of Las Vegas.  It was all caught on camera.

The officer was following two murder suspects in a black SUV when he starts taking on gunfire.  The chase had the officer driving on the wrong side of the road to avoid bullets, as other units joined the pursuit.  The dramatic scene came to an end when the officer unholsters his gun and fires through the window of his patrol car.  The officer only stopped to reload his gun.

One of the suspects died in the shooting.  The other suspect arrested and charged with murder.