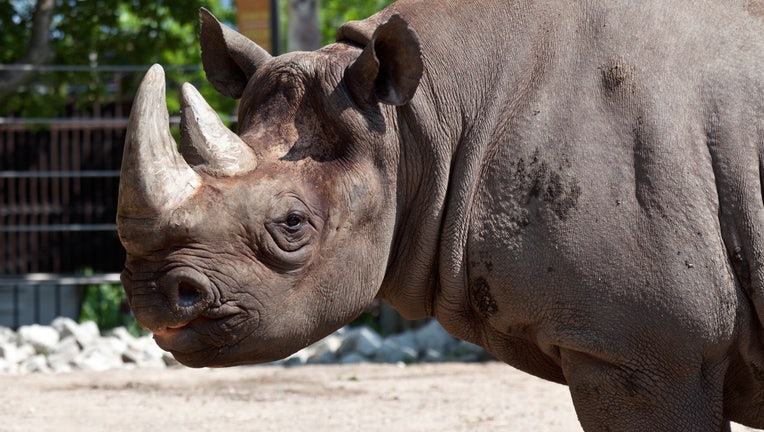 CHICAGO - An ailing, 34-year-old eastern black rhino named Maku has been euthanized at Chicago’s Lincoln Park Zoo after staff determined it was suffering from severe discomfort and reduced mobility, the zoo said Friday.

Zoo officials said the decision to euthanize Maku on Thursday had been a difficult one.

The curator of mammals at the zoo, Mike Murray, said in a statement that staff will miss the rhino’s “laid-back personality.”

The zoo said Maku was so gentle that he would allow blood to be drawn during health checks and even let staff perform rhino-styled pedicures on his feet.

The average height of the rhinos is about five feet at the shoulder. They weigh up to 3,000 pounds.

Maku, who arrived at the zoo in 2003, lived longer than most other eastern black rhinos. Median life expectancy for them is 19 years.

The zoo says that eastern black rhinos are an endangered species in their natural habitat because of poachers who kill them to obtain their horns.