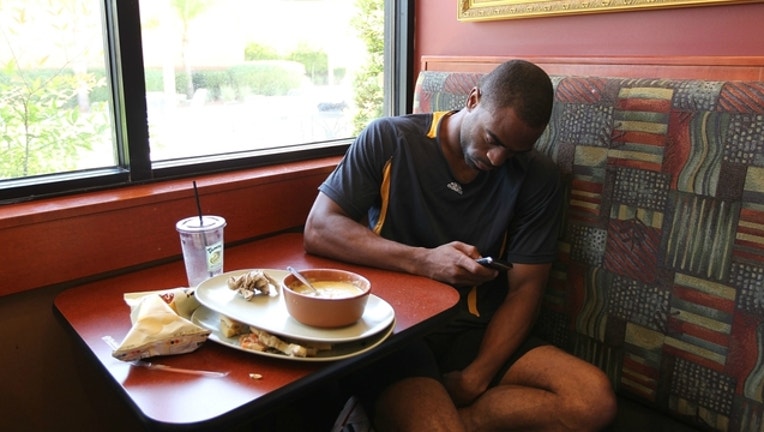 FOX NEWS - Americans can’t even eat a meal without having their cellphone closeby, according to a new study reported by SWNS news service.

Among 2,000 people surveyed, one in three people are distracted when eating and 29 percent said their phone accompanies every meal they eat.

The study was commissioned by Nutrisystem, the weight loss company, which also found that 72 percent watch television while eating.

When asked what makes eating more enjoyable, those surveyed said watching TV rather than conversation with friends and family.

“Early research has shown that taking a mindful approach to eating may help you lose weight and consume fewer calories and fat,” said Courtney McCormick, a corporate dietitian at Nutrisystem.

Thirty-four percent of Americans also said they eat so fast in front of the TV or while on their phone or tablet that they can’t believe how quickly they’ve devoured their food.

“What we’re eating, how much, and how often — those are the things we think about when we’re trying to lose weight. The part we probably focus less on, however, is how we eat. And that is just as important. And it starts with putting down the phone and turning off the TV.”