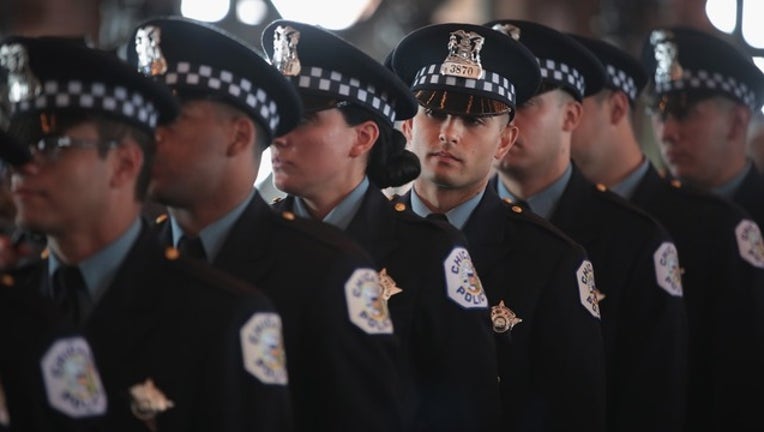 Chicago police officers attend a graduation and promotion ceremony in the Grand Ballroom on Navy Pier on June 15, 2017 in Chicago, Illinois. (Photo by Scott Olson/Getty Images)

The Chicago Police Department will give an exam in December, the second one this year and the fourth in six years. The city plans to add nearly 1,000 officers by the end of 2018.

When announcing the upcoming exam, Johnson emphasized a need for greater diversity in the police force.

“CPD should reflect the demographics of this city. If we’re gonna get there, we have to ensure that we have a viable pool of people to constantly pull from,” he said.

The mayor’s office said the current “applicant pool reflects the diversity of the city.” Of the applicants, 35 percent are female and 76 percent identify as minorities.

The exam is scheduled for Dec. 16 at McCormick Place.