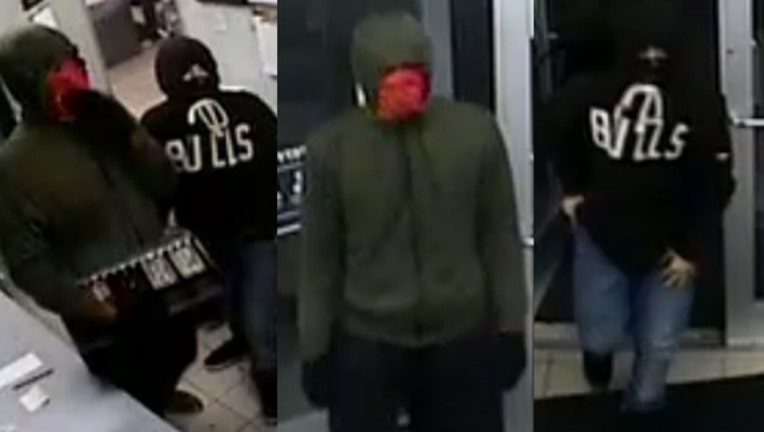 Deputies responded about 4:10 a.m. July 19 to the Shell station at 15861 S. Bell Road, according to the Will County Sheriff’s Office.

An employee told investigators that she went to the bathroom and saw two males with masks over their faces when she came out, the sheriff’s office said. One of the males was armed with a small, black handgun.

The employee was forced to give the other man money and they left the store.

On Thursday, the sheriff’s office released the images in hope that someone will provide information by calling detectives at (815) 727-8574.