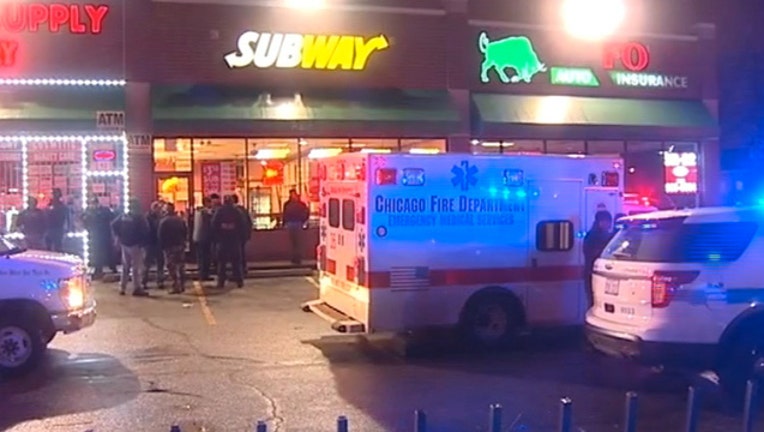 CHICAGO (SUN TIMES MEDIA WIRE) - A man was fatally shot and two more people were wounded inside a Subway restaurant in the South Side Chatham neighborhood, according to Chicago Police.

It happened about 8:30 p.m. in the first block of West 79th Street when a gunman walked in, opened fire and then ran away, police said.

Another man, 21, was shot in the arm and leg and taken in critical condition to Stroger Hospital, along with a 17-year-old girl shot in the head and back. Her condition was stabilized, police said.

The Cook County medical examiner’s office did not immediately have information on the death. No one was in custody for the attack Tuesday night.