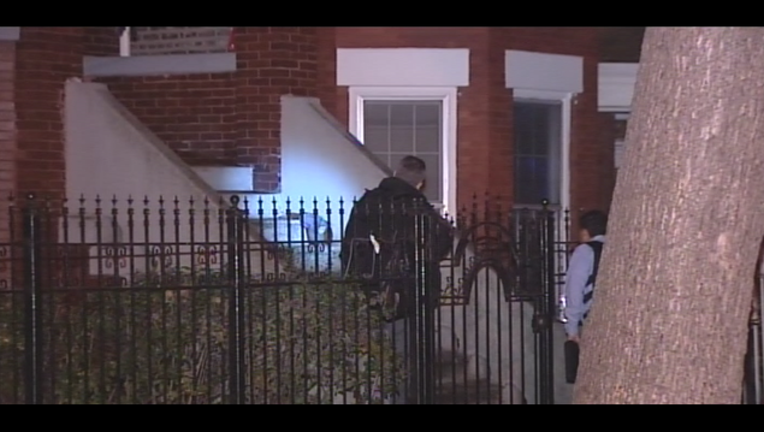 Police on scene of an early Saturday homicide in Little Village. | NVP News

CHICAGO (STMW) - Six people were killed and at least 28 others wounded in shootings across Chicago between Friday afternoon and Monday morning.

Most recently, a man was shot to death early Monday in the West Side Austin neighborhood.

The man, thought to be in his 20s, was standing on the sidewalk in the 4800 block of West Madison about 1:30 a.m. when another male walked up and opened fire, according to Chicago Police.

The man suffered at least one gunshot wound to the body and was found dead at the scene, police said. The Cook County medical examiner’ office could not immediately confirm the fatality.

Police said one person of interest was being questioned in connection with the homicide early Monday.

Perry Burrell was found with a gunshot wound to the head about 2:45 a.m. in a vehicle that had crashed into a tree in the 4500 block of West Adams, authorities said.

Burrell, of the 2300 block of North Avers Avenue, was pronounced dead at the scene 10 minutes later, the medical examiner’s office said.

Saturday afternoon, a man was shot to death in the Back of the Yards neighborhood on the South Side.

Officers responding to a call of shots fired about 4:50 p.m. in the 5300 block of South Union found Fredrick Dockery, 23, unresponsive with gunshot wounds to the abdomen and neck, authorities said.

Dockery, whose home was a block north of the shooting scene, was taken to Stroger Hospital, where he died at 5:40 p.m.

Earlier Saturday, a 45-year-old woman was gunned down in the Little Village neighborhood on the Southwest Side.

About 12:30 a.m., Maria Moreno was walking with another person in the 2500 block of South Harding when she heard shots and realized she had been struck in the chest, authorities said.

She was taken to Saint Anthony Hospital, where she was pronounced dead at 12:58 a.m. Moreno lived about a half-mile away from the scene of the shooting in the 2500 block of South Kedvale.

Friday night, a 43-year-old west suburban man was fatally shot in the West Side Austin neighborhood.

James K. Graham was outside in the 5300 block of West North Avenue about 8:45 p.m. when a gunman walked up and started shooting, authorities said.

Graham, who lived in the 100 block of West St. Charles Road in Lombard, was shot in the head and taken to Mount Sinai Hospital, where he was pronounced dead at 9:27 p.m.

The weekend’s first shooting turned fatal Friday afternoon in the Jefferson Park neighborhood on the Northwest Side.

Ryan Nicholson, 17, was inside a home in the 5100 block of North Austin about 3 p.m. when he was shot in the head, authorities said.

Nicholson, whose home was on the same block as the shooting, was taken to Advocate Lutheran General Hospital in Park Ridge, where he died at 3:21 a.m. Saturday.

Police said the shooting stemmed from a domestic incident.

The weekend’s most recent nonfatal shooting happened early Monday in the Humboldt Park neighborhood on the West Side.

An 18-year-old man was walking on the sidewalk in the 1600 block of North Francisco about 12:35 a.m. when another male walked up and opened fire, police said. The man was shot in the left leg and was taken to Presence Saints Mary and Elizabeth Medical Center, where his condition was stabilized, police said. He was later transferred to Stroger Hospital. A police source said the man is a documented gang member.

Less than an hour earlier, a man was injured in a drive-by shooting on the Near West Side. The 24-year-old was walking on the sidewalk in the 2100 block of West Adams about 11:40 p.m. Sunday, when a silver car drove by and someone inside opened fire, police said. He was shot in the chest, leg and right side of his face and was taken in serious condition to Stroger Hospital. Police said the man is a documented gang member.

Earlier Sunday night in Austin, a 24-year-old woman was walking near the intersection of Superior and Mayfield about 8:45 p.m. when she heard shots and realized she’d been struck in the left foot, police said. She took herself to West Suburban Medical Center in Oak Park, where her condition stabilized.

That attack followed an hour-long burst of gun violence Sunday evening that left five people wounded on the South and Southwest Sides.

At 7:23 p.m., a 16-year-old boy was shot in the leg in the Chatham neighborhood. He was walking in the 800 block of East 82nd Street when someone fired shots from a vehicle. The boy was taken to Comer Children’s Hospital where his condition was stabilized, police said.

Fifteen minutes earlier, a bullet grazed a 20-year-old man’s shoulder in a Gage Park neighborhood shooting. He was inside a vehicle at 7:08 p.m. in the 5200 block of South Homan when someone in a passing car started shooting. He was taken to Holy Cross Hospital for the graze wound and his condition stabilized.

About 7 p.m., two men were wounded in a Little Village drive-by shooting. The men, ages 22 and 27, were in a car driving in the 2200 block of South Washtenaw when another vehicle passed by them and someone inside opened fire. They were taken to Mount Sinai Hospital, where the younger man was listed in good condition with a gunshot wound to the arm and the older was stabilized with a cheek wound, police said.

Half an hour before that, a 48-year-old man was hit by a stray bullet in South Shore. He was walking in the 2000 block of East 75th Street about 6:25 p.m. when he heard shots and felt pain. The man — who was not the intended target — was shot in the shoulder and taken to a hospital in good condition, police said.

At least 20 other people have been shot in separate attacks between 4 p.m. Friday and 6 a.m. Monday.