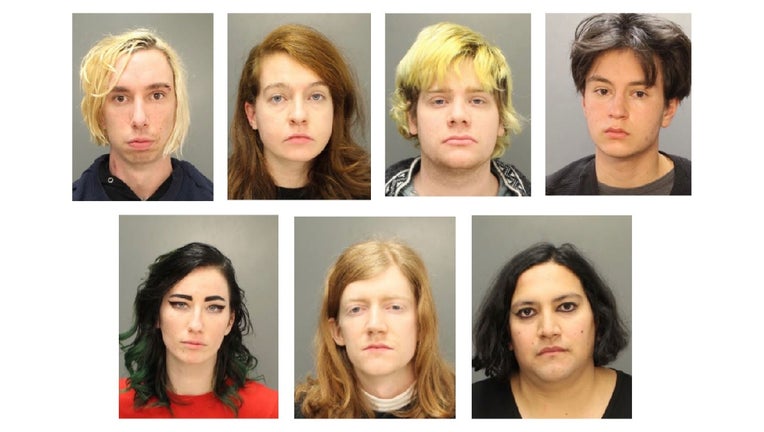 Officers spotted about 50 people, all dressed in black, at about 8:30 p.m. Thursday at the historic U.S. Customs House, where windows were smashed, police said. Four arrests were made there and three suspects in that vandalism were arrested elsewhere later.

Vandals then hit the Federal Detention Center, where anti-police and anti-prison graffiti were scrawled, police said. A nearby sheriff's van was also defaced and several windows broken.

"During a search incident to the arrest, they recovered numerous Molotov cocktails and some other devices which haven't been identified," Philadelphia Police Chief Inspector Mike Cram said. 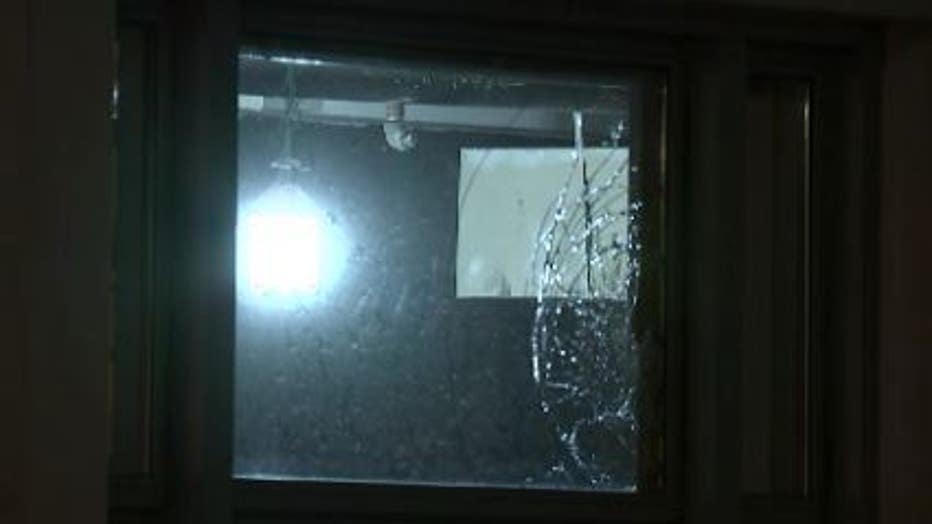 Damage to the federal building was estimated at $3,000. Anti-police and anti-prison graffiti were scrawled on walls, a sheriff’s van was defaced and several windows were broken, police said.

Adam McVicker, 25, of Coatesville, is accused of throwing the brick and is charged with criminal mischief and related counts, as are Dustin Callahan, 24, of Farmingdale, New Jersey; Allison Donohue, 23, of Wallingford; and Josey Augustine, 31, of Royersford.

Additionally, Jacob Robotin, 25, of Willow Grove; Sydney Miller, 22, of Philadelphia; and Meredith Tooker, 26, are charged with attempted arson and risking a catastrophe, along with other counts including conspiracy. 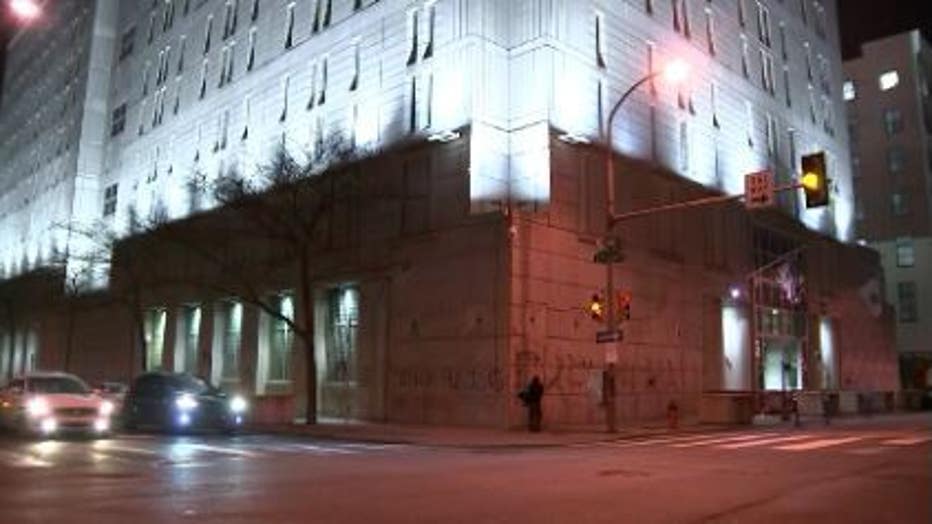 Robotin was carrying a glass jar with a fuse that had "a strong flammable odor," as well as a plastic container with white powder labeled "Fire Starter," police said.

Miller had bottles with liquids that had "a chemical smell," police said.

Court documents listed the Defender Association of Philadelphia as representing all but Miller and Tooker, for whom no attorney was listed; a representative of the association Saturday did not immediately respond to a request for comment Saturday. Listed or working numbers for Miller and Tooker couldn't be found Saturday.

Police were searching for more suspects.