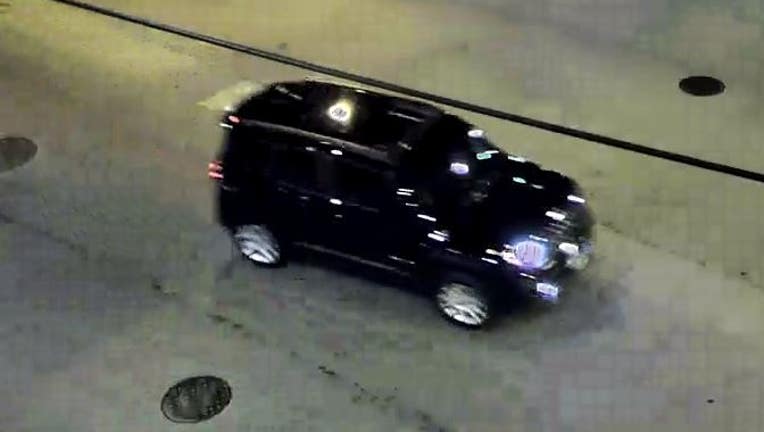 CHICAGO - Chicago police are searching for the driver of a vehicle involved in a hit-and-run crash Sunday in the Park Manor neighborhood.

A 61-year-old pedestrian was crossing the street when they were struck and seriously wounded at a red light by a black-colored, four-door Jeep Renegade around 2:24 a.m. on 71st Street at Dr. Martin Luther King Jr. Drive, Chicago police said.

The Jeep fled the scene and drove east on 71st Street, police said.

According to police, the driver’s front amber side reflector is expected to be damaged.

Anyone with information on this vehicle or the crash is asked to call the Major Accident Investigation Unit at 312-745-4521.