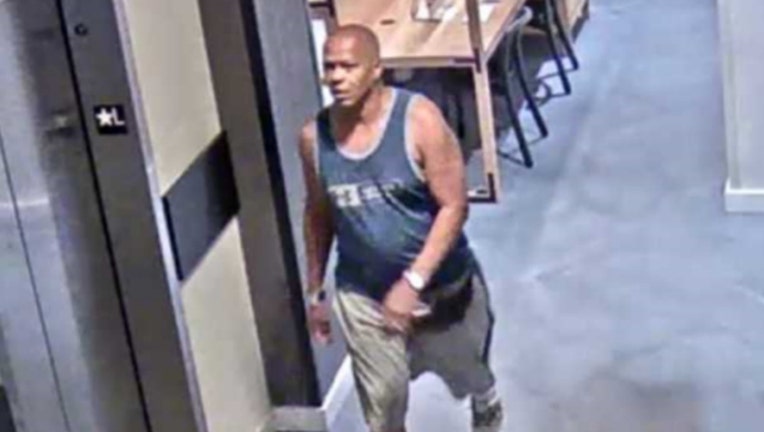 CHICAGO (Sun-Times Media Wire) - A man is being sought by police in connection with an attempted criminal sexual assault that happened Friday on the Near North Side.

About 2 a.m., a 42-year-old woman got on an elevator when a man entered the elevator behind her and tried to touch her inappropriately, according to an alert from Chicago police.

He ran off when the woman yelled for help, police said. He was described as bald, African-American, 30-40 years old, about 5-foot-10 and 180-210 pounds. He was wearing a dark blue Under Armour shirt with white writing, gray shorts with blue stripes on the sides and white gym shoes.

On Tuesday, police released an image of the man taken from video surveillance.