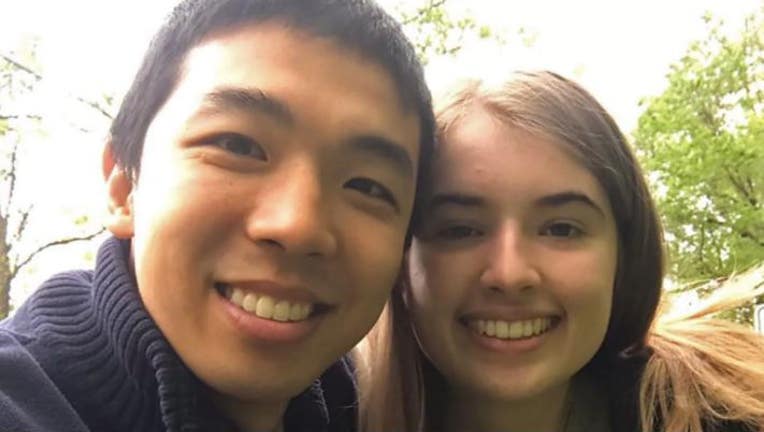 Kevin Jiang proposed to Zion Perry on Jan. 30 - a year after they met at a church retreat in Connecticut. (Facebook)

Jiang, 26, was shot multiple times and found lying outside his car on a New Haven street on Feb. 7. Authorities immediately believed Jiang may have been targeted and his killing was not random. 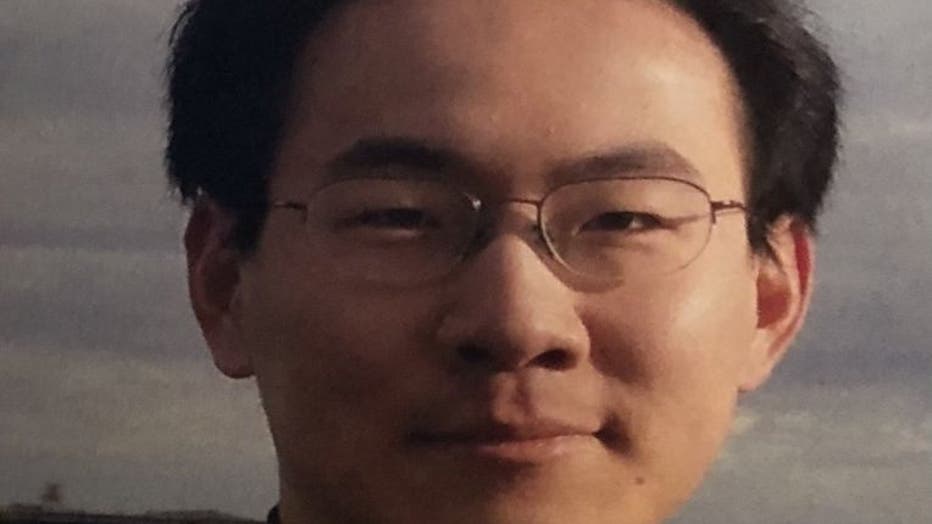 Pan remains at large and is to be considered armed and dangerous, authorities said, and a reward of up to $5,000 has been offered for any information that directly leads to his arrest.

Additional warrants for his arrest in Connecticut and Massachusetts charged Pan with unlawful flight to avoid prosecution and interstate theft of a vehicle. Pan visited a dealership prior to the shooting in order to purchase a small-model SUV, according to a flyer from the NHPD.

Authorities believe that Pan, a Massachusetts resident and researcher at MIT, may be staying with friends or family in the Duluth or Brookhaven areas of Georgia. He was last seen in the early hours of Feb. 11 driving with family in those areas.

Family told authorities that Pan was acting strange at the time.

Mystery has shrouded the circumstances leading up to the shooting death of Jiang, a Seattle native, Army veteran, National Guardsman and a graduate student at the Yale School of the Environment as a member of the class of 2022.

Jiang had just proposed to his fiancée, Zion Perry, on Jan. 30 -- exactly one year after the two met on a church retreat. A week later, he was shot dead. New Haven police responded to multiple 911 calls about gunshots at about 8:30 p.m on Feb. 6 in the East Rock neighborhood.

Five days went by before Pan was named as a person of interest Wednesday. New Haven Police Chief Otoniel Reyes said investigators learned the North Haven Police Department had an encounter with Pan not long after the shooting when officers responded to a Best Western hotel to a call about a suspicious vehicle and a man by train tracks, the New Haven Independent reported. Police questioned Pan and left.

Pan was also found to have attended MIT at the same time as Perry, though police did not immediately comment as to whether there was a connection as to not compromise the nature of the investigation.

"What I can tell you at this time is that we are exploring every angle in relation to this investigation and related to everyone person involved," said Reyes. "At this point, we’re not prepared to tell you what our information is regarding their involvement and whether or not there is a connection between that and this investigation. What we can tell you is that we are exploring that."

The department will provide additional information on Monday regarding the investigation, Duff said.

For more, go to FOX NEWS.