A Chicago police officer who was injured in the line of duty over 30 years ago is back home and getting the honor he deserves.

CHICAGO - A Chicago police officer who was injured in the line of duty over 30 years ago is back home and getting the honor he deserves.

How it all came together is a Christmas miracle.

The homecoming was arranged by his family, along with the Chicago Police Department and Police Memorial Foundation.

"I remember the day like it was yesterday, and a drunk driver hit his squad car and his life changed in a New York minute,” said the officer’s sister and caretaker, Beth Carter.

It was September 4, 1987. Officer Jim Crowley's Chicago police cruiser was hit by a drunk driver. At 22 years old, he was paralyzed. The crash killed officer William Morrison and hurt three others.

"This is the first time Jim has been home since 2003,” Carter said. 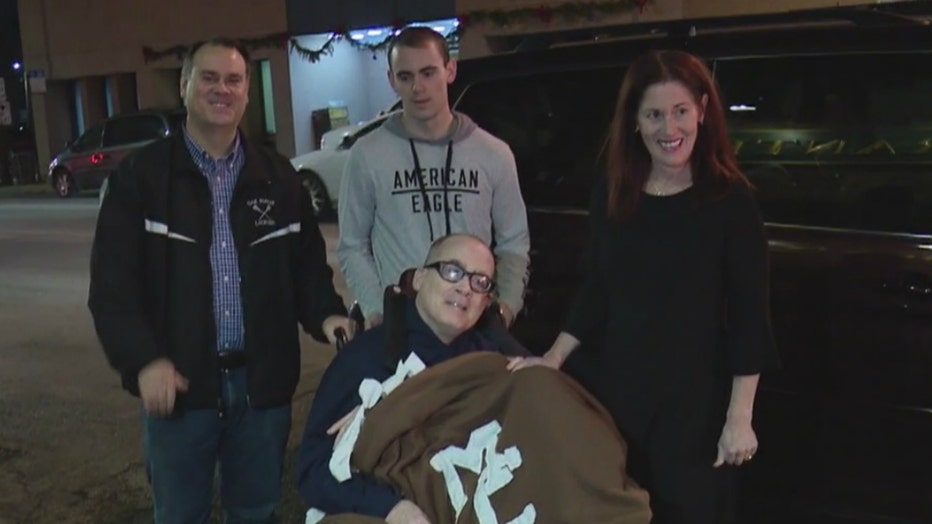 Officer Crowley was cheered Monday night by former colleagues, family and friends. Carter raised more than $7,000 on a GoFundMe page to bring him home.

"His mobility is incredibly compromised. He requires help with every aspect of his life,” Carter said. "When Jim had his accident, they said the most he might ever do is blink yes or no. Well, he definitely does more than that."

Officer Crowley currently resides in Texas, in a rehabilitation facility. This holiday season will be a Christmas fit for a hero, back home in the city he served and the city he loves.

"About 3 months ago the idea took hold and I really wanted to get him home this Christmas, on Christmas,” Carter said.

Officer Crowley took part in an outdoor roll call Monday morning with the 22nd District, just minutes away from his childhood home in Mount Greenwood.