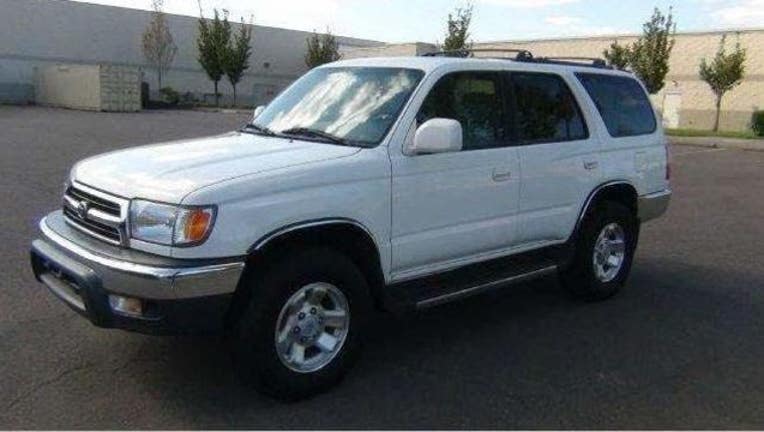 This is a Toyota 4Runner similar to the one witnesses say fatally struck a pedestrian Thursday in Niles. | Nile police

NILES (STMW) - A man walking across the street was killed by a hit-and-run driver Thursday night in north suburban Niles.

Officers responded at 10:57 p.m. to a call of a pedestrian struck by a vehicle in the 8600 block of West Golf Road, according to a statement from Niles police.

Tadeusz Dec, 55, was walking north across Golf just west of Greenwood Avenue when he was struck by a westbound vehicle, authorities said.

A witness told police the vehicle drove away after the crash. It was described as a white 1999-2002 Toyota 4Runner, which may have front-end damage, police said.

Dec, of the 9000 block of West Terrace Drive in Niles, was taken to Advocate Lutheran General Hospital in Park Ridge, where he was pronounced dead at 11:35 p.m., according to the Cook County medical examiner’s office.

An autopsy on Friday said Dec died of multiple injuries from being struck by an SUV and ruled his death an accident.