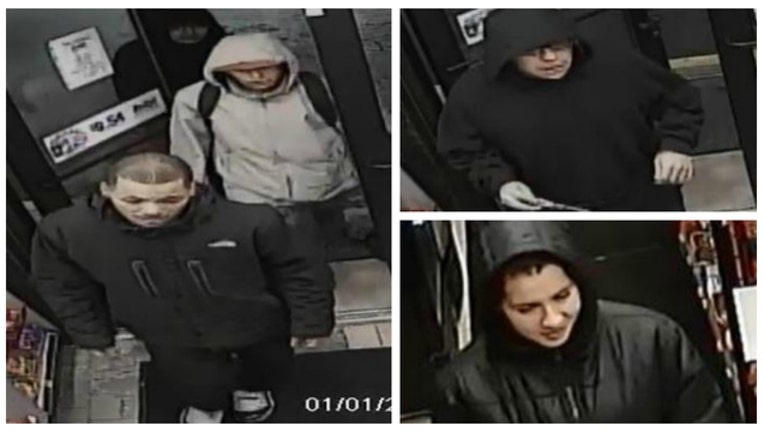 Surveillance photos of four suspects who committed a violent robbery early Sunday at a gas station in Schaumburg. | Schaumburg police

About 3:55 a.m., one female and three males walked into the Mobil gas station at 780 E. Schaumburg Rd., according to a statement from Schaumburg police.

The suspects, all Hispanic and thought to be between 18 and 25 years old, are believed to have committed a similar robbery that same morning in northwest suburban Elk Grove Village, police said.

Anyone with information about the robbers is asked to contact the Schaumburg Police Investigations Bureau at (847) 882-3586.