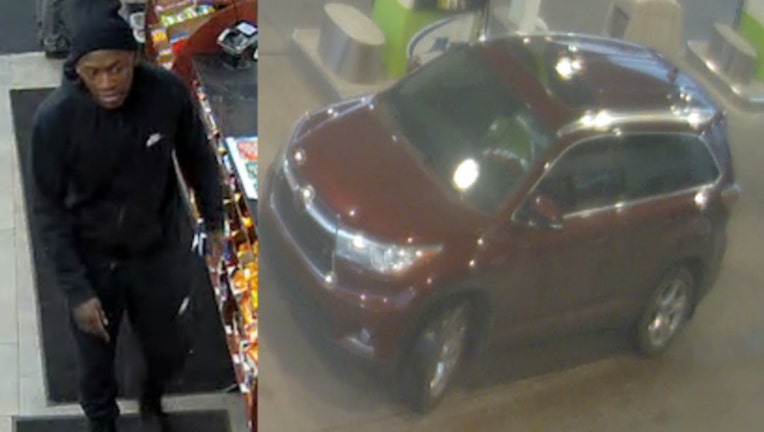 SUN-TIMES MEDIA WIRE - Authorities are asking for the public’s help finding the person who helped steal a car from a gas station last week in southwest suburban Stickney Township.

The Cook County sheriff’s office released photos Friday of a suspect in the theft of a black 2015 Honda Accord about 7:40 a.m. Dec. 21 at the at the Minute Man gas station, 4901 S. Central Avenue in Stickney Township.

The pictured suspect drove away in a current-model, maroon Toyota Highlander, while an accomplice drove off in the stolen Honda, the sheriff’s office said.