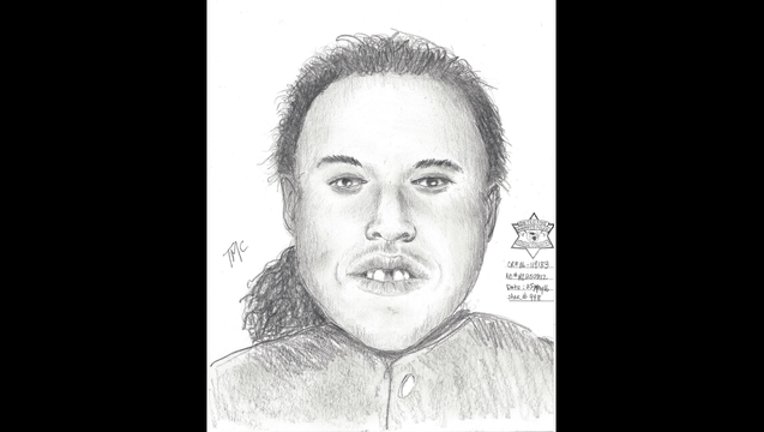 CHICAGO (Sun-Times Media Wire) - Police have released a sketch of a man suspected of trying to abduct a teen girl in the Roseland neighborhood on the Far South Side Tuesday morning.

About 8:30 a.m., a 14-year-old girl noticed a man driving a silver sedan following her as she walked in the 200 block of West 108th Street, according to a community alert from Chicago Police The man got out of the car — thought to be a late model Chevrolet Malibu — and grabbed her, but she was able to break away and run.

The suspect was described as a black man in his 30s who stands about 5-foot-10 and has a thin build, police said. He has a gap in his front teeth and wore his hair pulled back into a ponytail. He was wearing a blue coat with writing on the front.