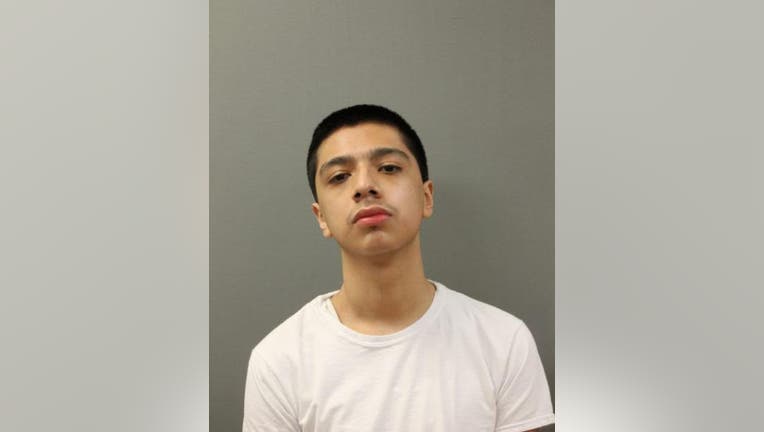 CHICAGO - A 19-year-old man has been charged with a fatal shooting in December in Mayfair on the Northwest Side.

Julio Rubio-Gonzalez, of Portage Park, has been charged with a felony count of first-degree murder, Chicago police said.

About 12:50 p.m. Dec. 17, a 19-year-old man was walking his dog in the 4000 block of West Wilson Avenue, when someone in a stolen white Nissan Maxima fired shots, striking him multiple times in the body, police said. He was taken to Illinois Masonic Medical Center, where he was pronounced dead.

The man was identified as Carlos Cruz, who lived in the neighborhood where he was shot, the Cook County medical examiner’s office said.

The stolen Nissan was later found several blocks away in the 4400 block of North LaCrosse Avenue, and officers located the person of interest even farther west in the 4300 block of North Major Avenue, police said.

Rubio-Gonzalez was arrested about 12:45 p.m. Tuesday in the 5500 block of West Grand Avenue, after being identified as someone involved with the shooting, police said.