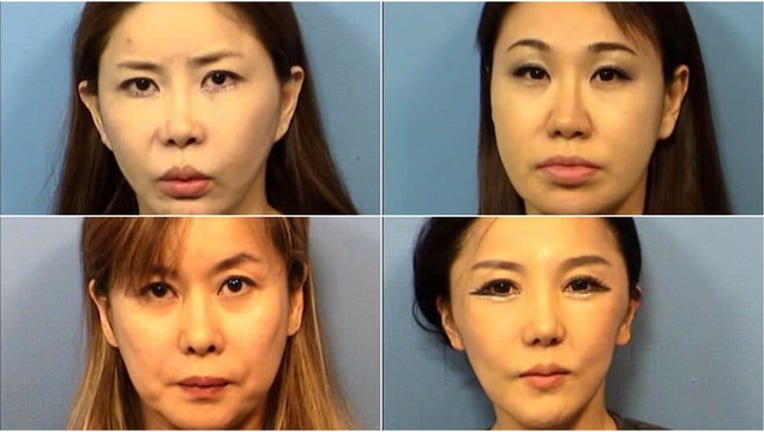 An undercover detective set up a meeting at Pine Tree Spa, 10S648 Route 83 in unincorporated Willowbrook, after investigators received a tip that sex acts were being offered there for money, according to the DuPage County sheriff’s office.

Woodridge resident Seong H. Shin, 43, propositioned the detective during the meeting, sheriff’s police said. She was charged with counts of prostitution and unlicensed practice of massage therapy.

Three other Naperville women who were working at the spa during the sting also were charged with misdemeanor counts of unlicensed practice: Gi S. Dun, 43; Munseon Luna, 40; and Youn H. Kim, 46.

All four were held at the DuPage County Jail Friday night. More charges could be handed down if the spa owners don’t show a valid business license, police said.