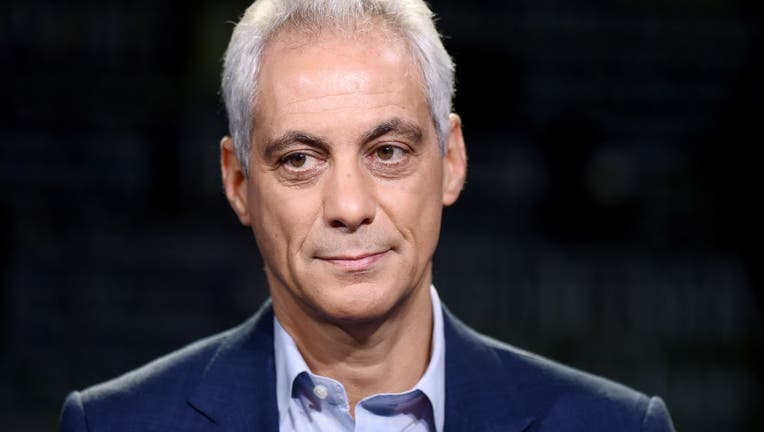 CHICAGO - Rahm Emanuel may be on the shortlist for President-elect Joe Biden's Cabinet, but the same issues that derailed his reelection for mayor of Chicago -- namely his record on social justice -- are likely to resurface again as Biden makes his final picks.

Emanuel was accused of engaging in a coverup to bury police camera footage after an officer-involved shooting of a Black teenager, Laquan McDonald, in 2014. The scandal led him to withdraw his bid for a third term as mayor.

McDonald was shot 16 times by former Chicago Police Officer Jason Van Dyke -- who was sentenced to nearly seven years in prison for the murder.

The incident took place in the midst of Emanuel's second term run for office, and the city settled with the family for $5 million without releasing the tape. It wasn't until Emanuel he was reelected in 2015 that the video was made public due to a judicial order.

An investigative report from the state's inspector general later concluded that 16 other ranking officers in the department had destroyed witness testimonies and made false statements to exaggerate the threat that McDonald posed.

Emanuel's history could become a sore spot for the Biden administration, which is facing pressure from the progressive wing of the Democratic party to focus more on issues of police brutality and racial inequality in America.

“Someone like Rahm Emanuel would be a pretty divisive pick,” Rep. Alexandria Ocasio-Cortez, D-N.Y., told the New York Times.

“And it would signal, I think, a hostile approach to the grass-roots and the progressive wing of the party.”

Prior to running the Windy City, Emanuel served as President Barack Obama’s first chief of staff after an earlier stint as President Bill Clinton’s political director.

Emanuel’s combative, foul-mouthed style earned him the nickname “Rahmbo” and he was quickly fired from that job and shifted to a post as a White House senior adviser.