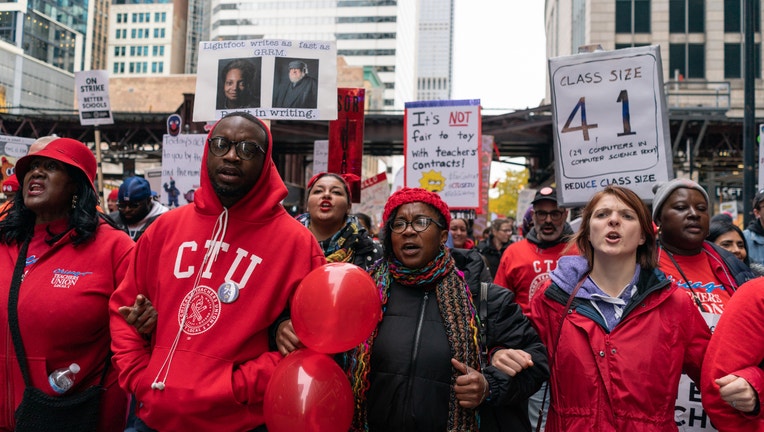 CHICAGO - The Chicago Teachers Union spent almost $1.5 million on political activity including lobbying, in the months leading up to a two-week strike in the fall, according to a published report.

The money, spent between March 2018 and July 2019, was in addition to $1.2 million the union's two political action committees gave to candidates and political organizations, according to the Chicago Sun-Times.

The newspaper reviewed tax and campaign-finance filings, along with documents the union had to file for the first time with the U.S. Department of Labor.

The money came from dues collected from roughly 24,000 members. Union members pay a flat $55.85 in dues per pay period, according to the Sun-Times.

Some union members have questioned how their dues are spent on political candidates. The union put $215,000 into Cook County Board President Toni Preckwinkle's unsuccessful bid for Chicago mayor.

Jennifer Johnson, the CTU’s chief of staff, said the union's work is “inherently political,” though members can decide if their dues go to the union's political action committees.