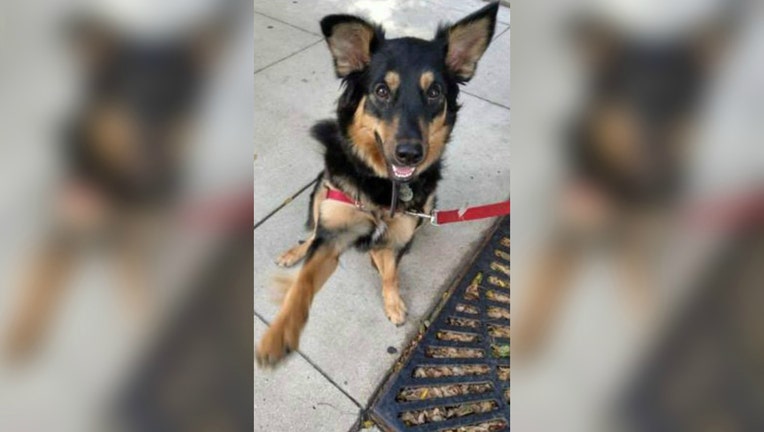 Caela was stolen from a restaurant in River North

CHICAGO - The owners of a River North restaurant are offering a $1000 reward in hopes of finding a dog that was stolen outside the establishment earlier this week.

Kelli Kosikas, general manager at Gus’s World Famous Fried Chicken, 401 N. State St., wrote on Facebook that the dog, a 17-month-old sheperd mix named Caela, was stolen outside the restaurant about 7:20 p.m. Oct. 13 as the owner paid for food inside.

Security footage shared to Facebook shows the suspect walking away with the dog. The suspect is described as at least 6-foot-5, 160 pounds and dressed in “athletic wear,” Kosikas’ post said.

The dog had still not been found as of Saturday afternoon, Kosikas said. She said the owners of the restaurant are offering a $1000 reward to the person who finds the dog.