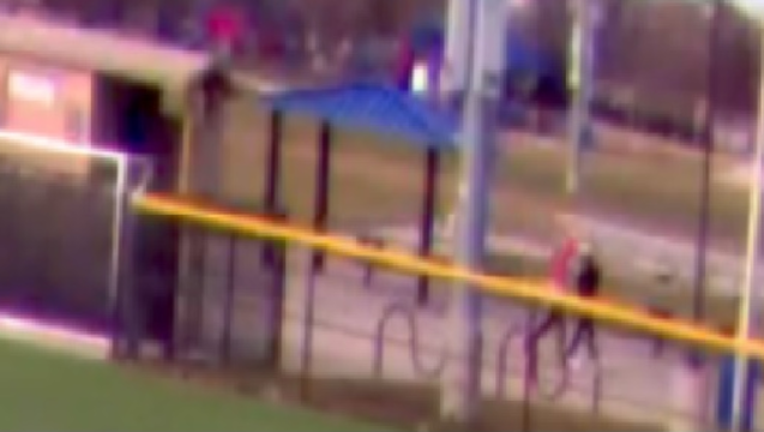 NAPERVILLE (Sun-Times Media Wire) - Authorities are offering a $1,000 reward for information about the person responsible for an arson fire Monday in west suburban Naperville.

The restroom was unoccupied at the time of the fire, although surveillance footage showed two people approaching the restroom and then walking away just before the fire was discovered, police said.

One of the people was wearing an orange hooded sweatshirt and blue jeans, police said. The other was wearing a dark, possibly gray top with blue jeans and white gym shoes. Police released a surveillance photo showing them exiting the restroom.

Naperville Crime Stoppers are offering a reward up to $1,000 for information leading to the arrest of the person responsible for the arson, police said.

Anyone with information should call Crime Stoppers at (630) 420-6006. Callers may remain anonymous.