OAK PARK, Ill. - Keyon Robinson was just a month away from graduating from high school when he took a loaded gun, placed it in his backpack and headed to campus.

He'd fought with a relative that morning. He was angry, and scared someone would come after him. The firearm, a Glock-style ghost gun with no serial number that he’d bought via social media, was his security blanket.

"I felt like I just needed it for safety because of the stuff I got myself into," said Robinson, now 19.

He insists he never intended to hurt anyone at his school in Oak Park, a suburb that borders Chicago’s West Side. "Realistically, I didn’t need a gun at all."

And he never fired it. On May 3 — three weeks before a gunman massacred 19 children and two teachers in Uvalde, Texas — police arrested Robinson near the school's main entrance as he returned from lunch. He told the officers, who were acting on a tip, that he hadn’t even taken the gun out of his backpack until they asked him to do so. 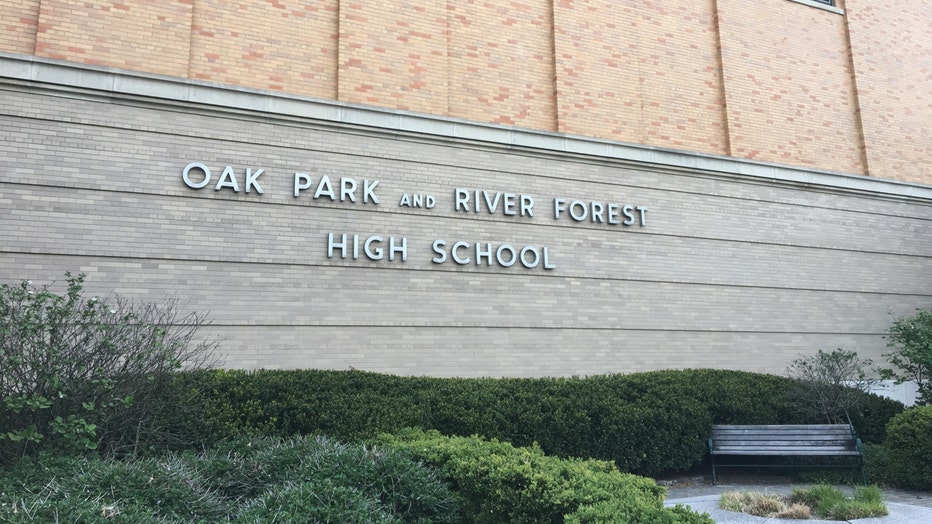 Still, in an instant, that one decision changed the trajectory of his young life. It also shook the entire school community, prompting intense discussions about how its young people might be protected.

Most gun incidents in and around campuses are more like Oak Park than Uvalde. They're not planned large-scale shootings, or active-shooter situations. More often, they're smaller altercations that escalate when someone has a gun at or near a school, a game or other event, according to the K-12 School Shooting Database, which tracks incidents from the last five decades.

All these cases expose a hard truth: Keeping students from bringing guns to school is difficult.

Security staff and metal detectors miss things, experts say. Doors that are supposed to be locked get propped open. Items can be hidden even when schools require clear backpacks.

This fall, leaders at Oak Park and River Forest High, Robinson's school, began training more staff, adding security to the day shift, and moving more experienced team members to hot spots such as cafeterias, where fights are known to break out during lunch. Posters on the massive campus encourage students to be the school’s eyes and ears: "If You See Something, Say Something."

The school, known as OPRF, is trying to walk a fine line — to keep students and staff safe without making them feel unwelcome or anxious. In 2020, the School Board voted 6-1 to end the school resource officer program amid national protests over police brutality. Cries for reform escalated that summer after a white Minneapolis police officer killed George Floyd, a Black man, as other officers stood by. 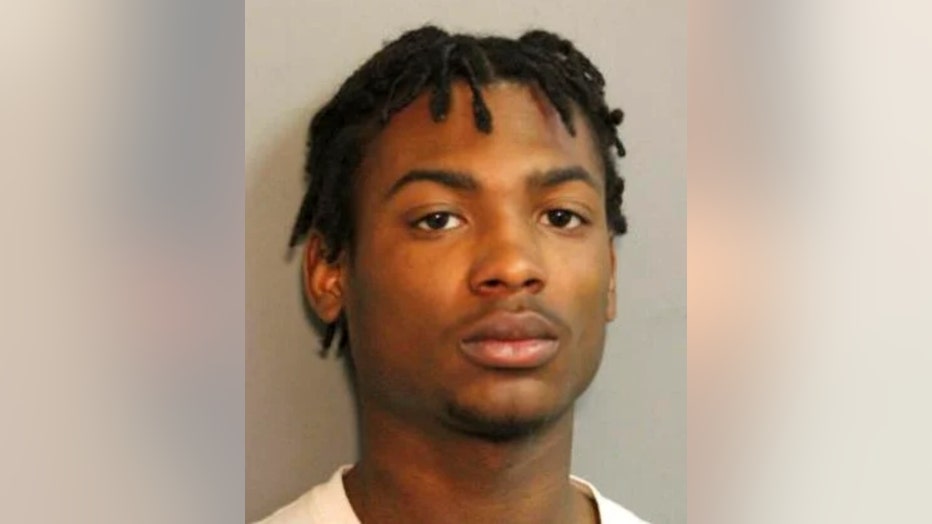 Now some officials are rethinking the decision to cut ties with police. But they're also holding fast to a widely held belief among educators — that connecting with students is the best way to build trust, identify threats and prevent tragedies.

By his own account, and according to school records provided by his attorney, Robinson was a student who bonded with teachers at OPRF, including support staff. One staffer noted his "unbelievable social skills" and respectfulness. He owned his mistakes, staff said, but he also struggled with depression, drug use and occasional impulsivity. Schoolwork was a challenge.

After his arrest, Robinson said he was expelled. But the district offered him the chance to complete his studies, away from his classmates and campus, where he can no longer set foot. A Cook County judge agreed that school in some form was "the best thing for him to do," though she gave him a stern reminder to avoid school grounds and weapons of any kind.

With that, the judge allowed him to be released on bond after a few weeks in jail, and he spent most of the summer at his family’s Oak Park apartment, wearing ankle monitors to track his movements. He hung out with his mom and siblings, played video games and finished the schoolwork. Eventually, he got his diploma.

"It's restrictive, always," Robinson said of the monitors. "But I got to be grateful."

As he awaits his fate in court, he’s been granted permission to work at a fast-food restaurant. Ultimately, he’d like to go to community college or trade school, and maybe play football. He and his family hope felony charges will be deferred because this is a first-time offense. 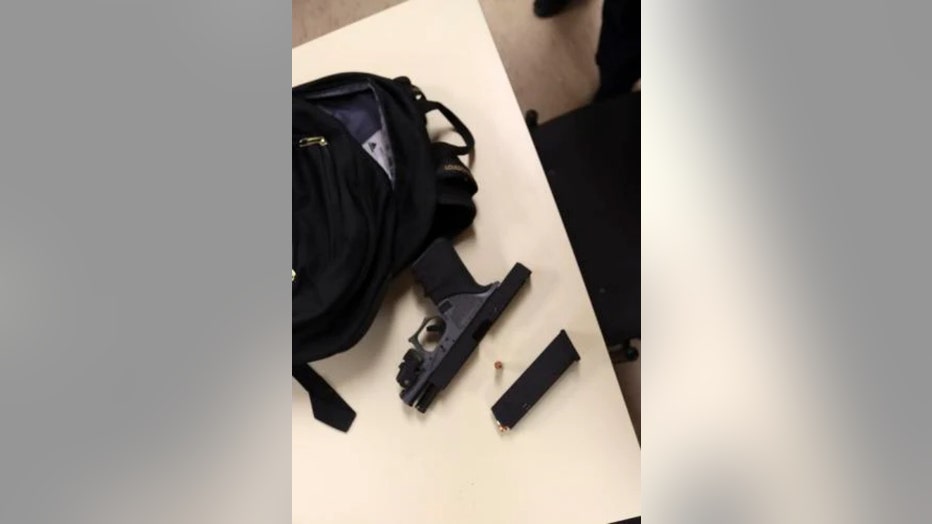 Meanwhile, students have returned for a new year at OPRF as school officials and the community process what happened.

"It pains me to the core of my being that you have to do this on your jobs," School Board member Ralph Martire told staff after a security update at a recent meeting. "It shouldn’t be that we should be this worried about violence at this level in educational setting. But we have to be — the world has to be."

The K-12 database shows that active shooter incidents — when a shooter kills or wounds victims on campus during "a continuous episode of violence" — accounted for 11 of 430 shootings in and around schools from the start of 2021 through August 2022.

Fights that escalate when someone has a gun accounted for 123 of those shootings. In South Carolina, a 12-year-old shot and killed a classmate in a middle school hallway, and in New Orleans, an 80-year-old woman was caught in crossfire at a graduation — both in the same month Robinson was caught with the gun.

Many in the Oak Park community worry. What if another student brings a weapon to school? Maybe they already have.

No one at the School Board meeting spoke Robinson’s name, though the incident was on many minds. He is aware that his actions have affected people’s sense of safety.

"Because of the mistake that I made, and other mistakes, then I think that it is reasonable to have more tighter security — and have an officer in the school now," he said. "I think that’s something that’s appropriate." 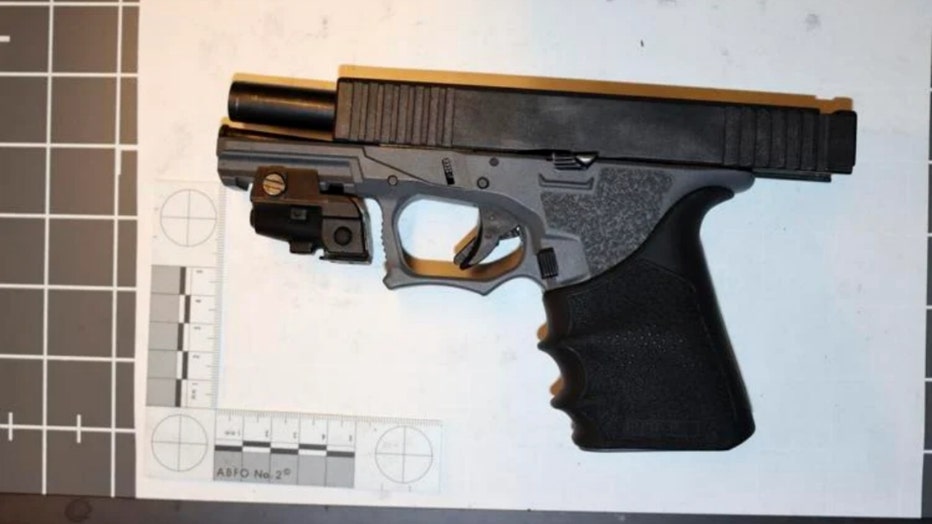 OPRF is among many schools nationwide that have shifted to a restorative justice model, moving away from zero-tolerance polices, which often disproportionately affect students of color. At OPRF, about 44 percent of roughly 3,400 students at the high school identify as Black, Hispanic, multiracial or Asian.

With restorative justice, incidents are dealt with on a case-by-case basis, with more time spent processing what's happened to try to prevent repeat behavior. There are consequences, determined by the severity of the deed. But the goal is for students to spend more time learning and to make better choices, with support.

Superintendent Greg Johnson still sees a chance to rethink the role police could have at the school. Johnson, who is white, told the school board he understands the "very real challenge" people of color face with law enforcement.

"Our belief as a school district, though, is that the way through that is education and relationships," he said. "We need a partnership" with police, he added. "We need a member on our crisis team here."

A federal survey found that 42 percent of public schools had at least one resource officer one day or more a week in the 2015-16 school year, the most recent data available. The National Association of School Resource Officers, which helps train police to work in educational settings, estimates that 14,000 to 20,000 resource officers serve K-12 schools.

Still, at least two OPRF board members balked when another praised efforts to "harden" security this fall.

"We want to keep the buildings safe," member Gina Harris said. "But that language is challenging, as well as confronting for me as a Black woman and for families and students."

At one point in the meeting, a frustrated parent stood up to interrupt the board discussion. "This is a scary issue for us parents!" she said. "This is really a critical life-and-death situation that we’re dealing with."

Lynda Parker, the school’s assistant superintendent and principal, tried to reassure her. "It is as important to us — as we’re living in it too," Parker said, gently.

Behavior problems and mental health issues have been on the rise at many schools since students returned to in-person learning, and OPRF is no exception. Having to quarantine at the height of the pandemic also took a toll on Robinson.

He’d been a running back and cornerback early in his high school career. When in-person school resumed, he’d lost motivation, he said, and got suspended from the team for vaping at school and other infractions.

"I wouldn’t say we were goodie kids," he said of himself and his friends. "But, like, just typical teenagers."

But he liked school and the people there, he said, even the security staff, and considered many teachers mentors.

"They were supporting me and still pushing me to do better," he said, even when he was in jail. "Still, to this day, I have teachers texting me, checking on me."

At a recent status hearing for his case, Robinson, wearing jeans and a white dress shirt, sat silently with his mom, Nicole Bryant, who works in child care and drives for Uber to make ends meet. Robinson's attorney updated the court on his client’s work schedule and location. One of Robinson's two electronic monitors was removed.

He faces charges including possession of a firearm, a class 3 felony, and aggravated unlawful use of a weapon, a class 4 felony. They could lead to substantial time in prison.

"The news media says ‘kid with gun at school’ — boom — and that’s it. And people draw their conclusions," attorney Thomas Benno said. He’s asking the court to consider Robinson’s intent in having the gun with him — to protect himself.

Because Robinson had no criminal record, other than a traffic violation, Benno is seeking the deferred sentence, which means probation and other requirements detailed by the court. It's a strict, monitored program with no room for more mistakes, Benno said. He believes that's better than incarceration, in this instance, and that his young client, who school staff say is a leader in his social circles, will share his cautionary tale.

Some in the community still quietly question whether a second chance would send the right message.

Just four days into this academic year, OPRF had a soft lockdown over a report of a student with a gun. Under the "Secure and Teach" protocol, as the school calls it, teachers lock their doors and try to continue with their lessons while security investigates.

The report turned out to be unfounded. The community breathed a collective sigh of relief.

"I’d rather have them overreact than underreact, because the consequence is so great," said Brian Roman, a university professor and OPRF parent.

He's considered shifting his son to another school because of safety concerns. But he appreciates OPRF and the diversity it offers, and he still hopes his son can graduate from the school in 2024.

Last spring, Robinson's mom had been ready to celebrate her own son, the third of her four children. He had fought so hard to graduate, she told the school — he wanted to show everyone he could do it, despite his struggles. She, too, graduated from OPRF. Now she's just grateful her son was allowed to get his diploma, even if he couldn't walk with his class.

Leon Watson, a family friend, frowned when asked about Robinson, the gun and that day last May. "I was disappointed and surprised and confused," he said. "That’s not him. It’s not ... but he’s kicking himself every day."

Robinson nodded in agreement. "Yeah," he said. "Every day."

His hopes for a second chance are now in the hands of the court.