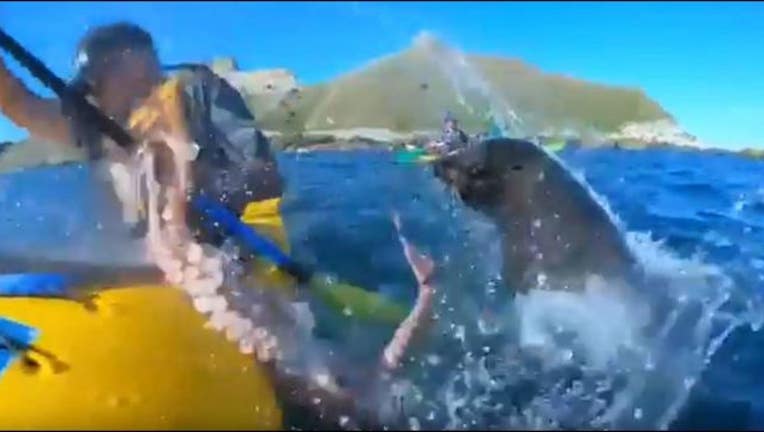 NEW ZEALAND (FOX NEWS) - A kayaker in New Zealand was in for a surprise when a nearby seal popped up and slapped him with an octopus.

Kyle Mulinder was kayaking off the coast of Kaikoura, on New Zealand’s South Island, Daily Mail reports, when the playful seal came out of the water and hit him in the face with an octopus tentacle.

A GoPro captured the entire bizarre – and hilarious – event.