Downed trees and broken branches were reported across the Chicago area Wednesday after storms swept through.

"I came home to this tree laying in my front yard," a New Lenox resident said as neighbors dealt with downed trees, property damage and no power.

Residents say heavy rainfall only lasted about 15 minutes, with an estimated 60 to 70 mile per hour winds.

"It really looked like a tornado went through the area," one woman said. 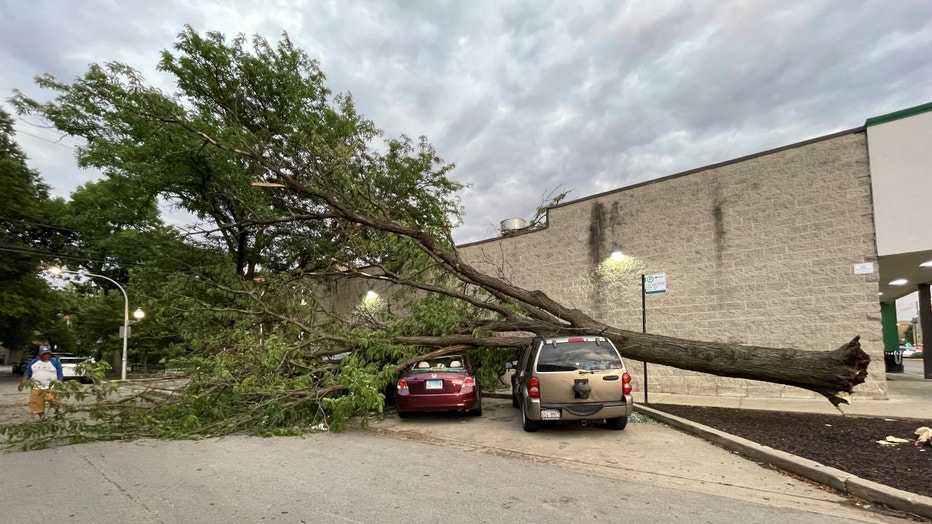 Storm causes tree to topple onto cars in Chicago's Avondale neighborhood on August 3, 2022.

In the end, damage was scattered — mostly impacting the northern parts of New Lennox. A large tree crushed a family’s deck and garage. Power lines were down on Forest Street, leaving many people inconvenienced.

ComEd crews could be seen on ladders working to restore service.

At the height of Wednesday's storm, 900 people were without power in New Lenox.

Many residents spent the day sawing down branches, and also clearing their driveways and lawns.

Folks were grateful realizing things could have been worse.

"I did not expect this. We were actually grateful it didn’t hit the house, any of the cars, no property damage whatsoever," one man said.