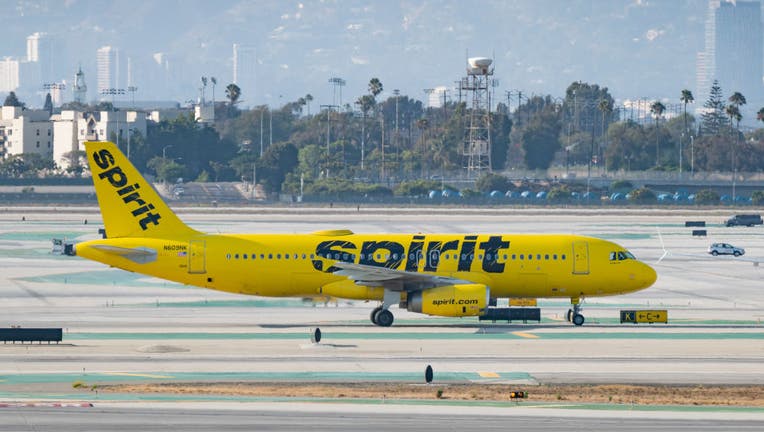 A former Spirit Airlines flight attendant is suing the airline after she said she was terminated for being too overweight to buckle into a jump seat.

In the complaint filed Nov. 16 in the U.S. District Court for the Southern District of Florida, an attorney for Chelsia Blackmon wrote that the plaintiff had undergone training and passed all training and compliance protocols before, including being strapped into a jump seat.

When she was put on active duty as a flight attendant and assigned to an Airbus 319 on or about Sept. 3, 2021, she claimed, she was unable to buckle the jump seat's seat belt due to her size and was not allowed to use an expander.

The complaint states that Blackmon, an African American woman, was made to deplane before being placed on administrative leave.

Five days later, Blackmon said, she was sent a letter from the airline to schedule an investigatory meeting.

On or about Sept. 13, Spirit Airlines allegedly held that meeting, which led to a Sept. 27 letter that directed Blackmon to appear and demonstrate that she could buckle into a jump seat.

On Oct. 8, the complaint said, the airline directed the flight attendant to buckle into a jump seat that was too small for her, and on Oct. 13 Blackmon was withheld from service.

On or about Nov. 3, Spirit Airlines terminated Blackmon, stating she could not fit into the jump seat.

While she had been given a period from Sept. 3 to Oct. 12 to "fit" into the jump seat, Blackmon's attorney alleged that a White flight attendant who was also in the early stages of her career and hired at around the same time was given several months to do so.

The suit says Blackmon experienced "discriminatory and illegal differential treatment based upon her race," and that she experienced lost wages, compensatory damages and mental anguish and suffering as a result of that treatment.

"Blackmon states that defendant’s actions were in willful and malicious and in reckless disregard of her civil rights protected by the Act and subjects Spirit [Airlines] to punitive damages," the attorney wrote.

Blackmon is requesting that the court award back pay, front pay, compensatory damages, punitive damages, attorney’s fees costs and "other further relief" and demands a trial by jury "on all issues so triable."

FOX Business has reached out to Spirit for comment.

Read more of this story from FOX Business.