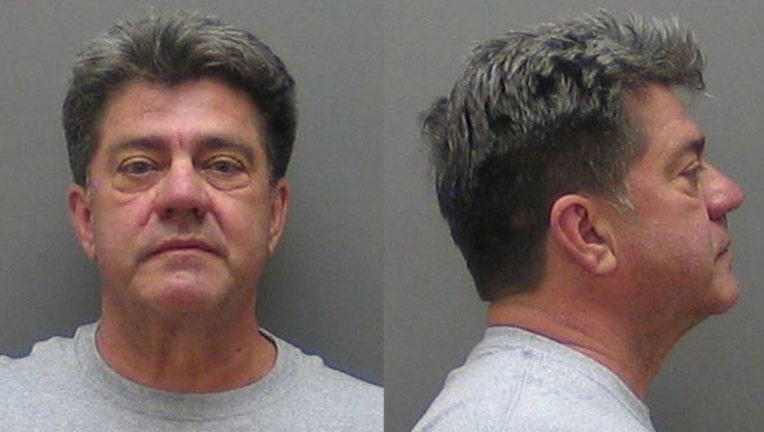 ST. CHARLES, Ill. (SUN TIMES MEDIA WIRE) - A St. Charles man charged with beating and shooting at his wife after an argument Tuesday evening in the west suburb has been ordered held on a $500,000 bond.

Turyna was arguing with his wife about financial matters at their home in the 400 block of Hunt Drive at 6:26 p.m., police said. During the argument, he threatened to kill her and “aggressively” moved toward her.

When she picked up the phone to call police, Turyna knocked it out of her hands, pushed her onto the floor, sat on her chest and started punching her, police said. He then let her up and walked toward a cabinet where she knew a handgun was stored.

His wife ran out of the home through the garage and crawled under the garage door as it was opening, police said. A man and woman who were walking by saw her roll out of the garage with “obvious injuries” and helped her up.

As they helped her walk away from the house, Turyna came outside and tried to tell them his wife had fallen down, according to police. As the woman continued walking away with his wife, Turyna followed them and started shooting in their direction with a .38-caliber Smith & Wesson five-shot revolver.

The man then tackled Turyna, took the gun away from him and tossed it away, police said. He held Turyna until police arrived.

Officers recovered the gun, which had five spent shell casings inside, police said. One bullet had gone through the siding of a nearby home in the 500 block of Steeplechase Road, but no one was struck by gunfire.

The victim was taken to Delnor Community Hospital in Geneva with “extensive injuries,” police said.

After executing a search warrant on Turyna’s home, investigators recovered 26 firearms and about 3,000 rounds of ammunition, police said. Turyna had a valid FOID card.

Police said the department did not have a history of domestic-related calls at the home before this incident.

Turyna was arrested Wednesday and is being held at the Kane County Jail, police said.

During a bond hearing Thursday, he was ordered held on a $500,000 bond, according to the Kane County sheriff’s office.