leads to death of innocent driver

DALLAS - A Pleasant Grove man is dead after being hit by a car that was street racing.

The crash happened just after 5 a.m. on Sunday, on S. Masters Drive and Cushing Drive in Southeast Dallas.

Police said 45-year-old Kendrick Lyons was ejected from his vehicle and died.

According to Lyons' family, he was heading to Garland to donate plasma when he was hit.

Police said one of the men street racing was arrested at the scene, while the other was taken to a hospital.

Lyons’ mother said that hours before he died, Lyons was with his sisters celebrating his birthday.

"He sat here with me last night and watched some of the [NBA] All Star stuff and then he went out," Debra Lyons recalled. “He said, ‘Mom, I’m about to go. I’ll be back in time for you to go to church.’”

That was the last time Debra heard from her son.

She said he left the house early Sunday morning to donate plasma.

Minutes later, while trying to cross Masters Dr., his car was hit by another vehicle whose driver was street racing.

“It makes you angry to know folks driving up and down the street. Racing and going on,” Debra said.

Investigators found that two men - a 23-year-old who they aren’t naming, and 27-year-old Alejandro Valdez were - street racing.

The 23-year-old was taken the hospital, and Valdez was arrested at the scene. 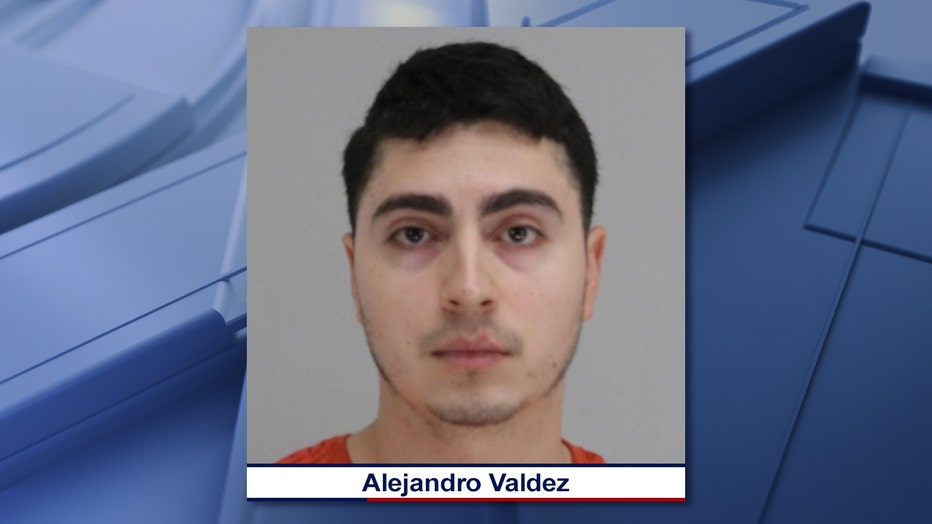 “People need to know how dangerous this is. Another person has lost their life in such a tragic manner.  I’m frustrated and disappointed,” Dallas City Councilman Jaime Recendez said.

He said he’s angry because another person died in a street racing incident just last week.

Recendez said that while leaders are working to penalize those who are spectators, it comes down to more than just policing.

“It’s going to come down to individuals and the community to take some action and responsibility, because it’s hard for me to say DPD could’ve prevented this. Because DPD cannot be on every single street,” he added.

While the victim in this went from celebrating his birthday with family Saturday night, to being killed hours later by those doing something his mother and Councilman Recendez call a selfish act.

“That could have been anyone. I think speed bumps. Especially in an area with a lot of kids. Put some speed bumps,” Lyons’ mother added. "I don’t see how it’s going to be stopped unless they have somewhere to go race."

Lyons would have turned 46 on Tuesday.