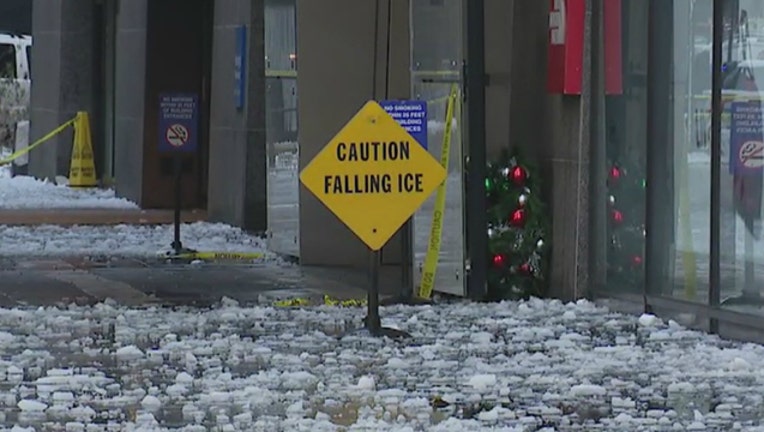 CHICAGO (SUN TIMES MEDIA WIRE) - Several downtown streets were closed Tuesday morning because of ice falling from the Willis Tower in the Loop and the John Hancock building on the Magnificent Mile.

The falling ice was reported about 9 a.m., according to Chicago police.

No injuries have been reported.