LISLE, Illinois - Students at a suburban Chicago Catholic school were protesting Monday morning after a lacrosse coach was apparently fired for being married to a woman.

Students at Benet Academy in Lisle said that Amanda Kammes was offered the job and had been filling out paperwork when she listed her wife as an emergency contact. The students described Kammes as well-liked and well-qualified for the job.

One alumni who is gay spoke to FOX 32 Chicago outside the school, saying that he was disappointed but not surprised by the decision.

"The institution released a statement they aim to employ people who reflect their Catholic values. We were shocked that love and acceptance and inclusion were not some of those values," said Tim Jacklich. Jacklich's family has many connections to the school; he said eight relatives are alumni and his grandmother, Sheila Jacklich, was the assistant dean.

"She is an eminently qualified coach, well-regarded in the community," Jacklich said. "They would have welcomed her on the team, and it was just the fact of her being married to a woman she loves."

FOX 32 Chicago has asked Benet Academy for a response. 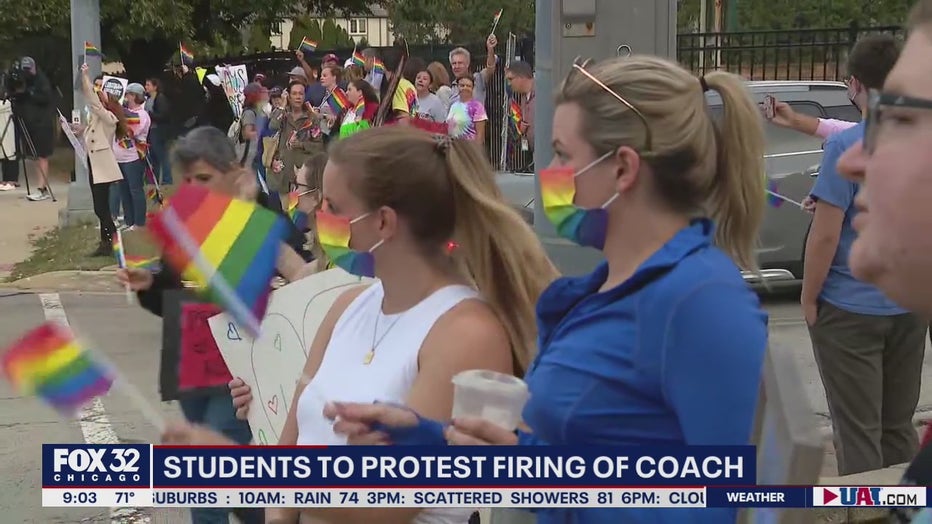