CHICAGO - A special prosecutor in Chicago accused Cook County State’s Attorney Kim Foxx and her office on Monday of repeatedly abusing their discretion and making false public statements in the case against actor Jussie Smollett last year, but he concluded they did nothing criminal.

In his 12-page outline of his conclusion released Monday, Dan Webb criticized Foxx and her staff for how they decided on March 26 last year to toss charges that the former “Empire” actor staged a racist, homophobic attack against himself and how they explained the move as public outrage grew.

Webb’s statement said his investigation “did not develop evidence that would support any criminal charges against State’s Attorney Foxx or any individual working at (her office)” but “did develop evidence that establishes substantial abuses of discretion and operational failures” in the case.

Among the false public statements by Foxx’s office amid intensifying scrutiny last year, Webb said, was the assertion that the dropping of charges against Smollett was the kind of thing that state prosecutors had done thousands of times before.

“There were not thousands of (or, arguably any) similar cases” resolved by Foxx’s office the way they resolved Smollett’s case, Webb said.

Webb said the terms of the deal dismissing the case were exceptionally lenient, including the requirement that Smollett forfeit only his $10,000 bond as restitution. Webb said that was a fraction of the $130,000 in overtime paid to officers investigating Smollett’s claims. And Smollett, Webb noted, was able to walk away without admitting any wrongdoing.

A brief statement from Foxx’s office later Monday said it welcomed Webb’s findings that no one on the staff committed a crime and that no undue outside influences affected prosecutors’ decisions.

But it added it “categorically rejects … characterizations of its exercises of prosecutorial discretion and private or public statements as ‘abuses of discretion’ or false statements to the public.”

Smollett’s attorney, Mark Geragos, contended in a statement that the report “reveals the real political and electoral motivation of Dan Webb and his cohorts.

“It’s a blatant attempt to take down a black, progressive, female prosecutor who does not fit within the white power structure,” Geragos said.

Webb in February restored charges against Smollett, saying the tossing of charges was unjustified, including because the evidence against the 38-year-old was overwhelming. The revived criminal case has stalled as Illinois courts have scaled back operations amid the pandemic.

The black, openly gay actor has continued to stand by his claim that two men attacked him early on Jan. 29, 2019, in downtown Chicago, shouting slurs and looping a rope around his neck. 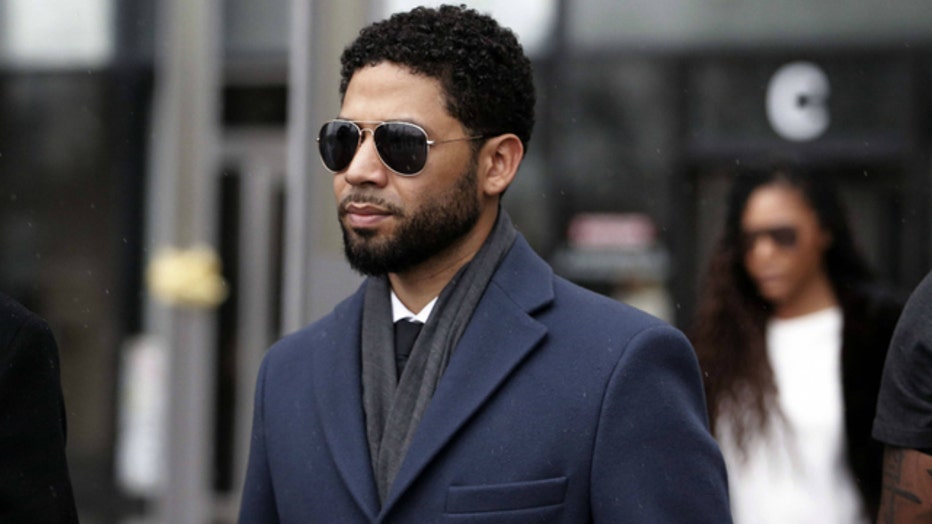 Webb said Monday he is seeking permission from the judge who appointed him, Michael Toomin, to release a fuller, 60-page summary report.

Among the focuses of Webb’s inquiry was whether Foxx acted improperly by speaking to a Smollett relative and a onetime aide of former first lady Michelle Obama, Tina Tchen, before the charges were dropped, and in how she recused herself early in the investigation after news broke about those communications.

Webb, a former U.S. attorney, portrayed a state’s attorney’s office often in disarray and unduly worried about perceptions of the office as the Smollett case quickly became headline news nationwide. He offered Foxx’s recusal a month after Smollett reported an attack as a prime example.

Once Foxx understood she may have had a conflict of interest or a perception of one because of her communications, Webb said Foxx and her entire staff should have been pulled off the case and replaced by a special prosecutor. Instead, Foxx simply told a top deputy, Joseph Magats, to take over the investigation.

Her office quickly realized the procedural error, Webb said, but “Foxx made the decision to ignore this major legal defect seemingly because they did not want to admit that they had made such a major mistake of judgment.”

Webb Monday disclosed for the first time the identity of the relative Foxx spoke with: Jurnee Smollett, Jussie Smollett’s sister. Webb said Foxx began speaking to her before suspicions were raised that Jussie Smollett may have staged the attack on himself. But Webb said Foxx continued the communications even as it became clear Smollett could be charged with allegedly filing a false police report.

“State’s Attorney Foxx then made false statements to the media claiming she ceased all communications with Ms. Smollett,” Webb concluded.

The alleged false statements started to pile up.

Webb said Foxx and Magats made at least six false or misleading statements regarding the dismissal of charges in possible violation of professional-conduct rules. He said Monday that his findings would be forwarded to the Illinois Attorney Registration & Disciplinary Commission, saying only it can decide if the alleged false statements amounted to serious ethical violations.

Despite alleging Foxx misled the public, Webb said his investigation found no evidence Foxx’s conversations with Jurnee Smollett or others outside her office influenced the decision to drop the charges. And he said while Foxx was updated on the investigation, he found no evidence she was directly involved in key decisions after she recused herself.

Webb also criticized Foxx’s office for trying to keep the decision to drop the charges from the public for as long as possible. He said the office didn’t even give the Chicago Police Department a heads-up about the decision until minutes before a March, 26, 2019, hearing formalizing the dismissal.

Foxx, the first black woman to hold Chicago’s top law enforcement job, defeated her Democratic primary opponents earlier this year even as they made her handling of the Smollett case central to their campaigns. In overwhelmingly Democratic Chicago, the primary invariably determines who wins the general election.