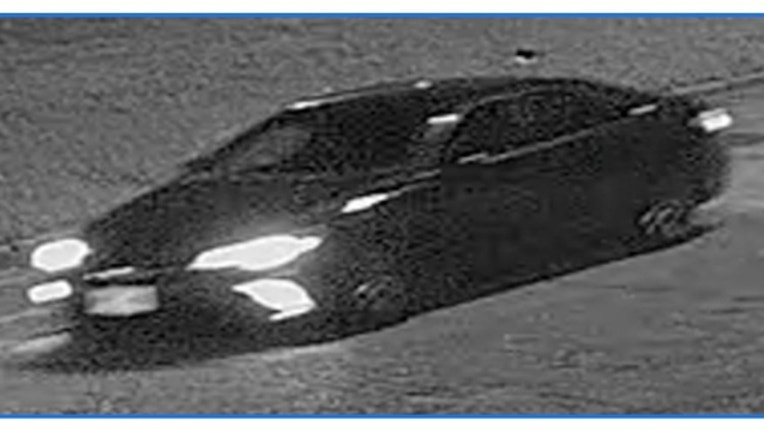 CHICAGO (SUN TIMES MEDIA WIRE) - Police released a surveillance image Wednesday night of a car they believe was involved in the shooting of an off-duty officer in Bronzeville.

Chicago police are looking for a newer model four-door dark Toyota Camry with tinted windows, CPD spokesman Anthony Guglielmi said. Detectives are working to trace its path from the scene of the shooting with traffic and city cameras.

Thursday morning police announced that the Chicago Police Memorial Foundation is offering a $20,000 reward for information leading to the arrest and conviction of the person or persons responsible for the shooting. The vehicle was last seen driving southbound on Michigan Avenue from 37th Street, Guglielmi said.

The 25-year-old officer was driving with a female around 1:38 a.m. in the 200 block of East 37th Street when they noticed a black Toyota was following them, police Supt. Eddie Johnson said.

Someone in the Toyota fired about 20 rounds on the back windshield of the officer's vehicle, striking him in the back of the head, Johnson said. The officer crashed his SUV into a nearby tree a short time later. The female was not harmed in the shooting.

The officer was taken to the University of Chicago Medical Center for emergency surgery, where he remained in critical condition. Johnson said.

"I have no doubt that this officer has seen his share of gun violence while working in the 6th District," Johnson said. "Today the same violence has left one of our own clinging to life."