The teachers walked out off the job on Thursday. Mayor Lori Lightfoot said it seems likely school will be canceled again on Monday. The CTU did not have an answer on that question.

The union said Saturday night that progress was being made on key issues, including smaller class siezes, higher wages and more support staff. Negotiations will continue on Sunday.

The union held a rally at Douglas Park on Saturday to keep members fired up. They held signs and chanted for an end to the strike. 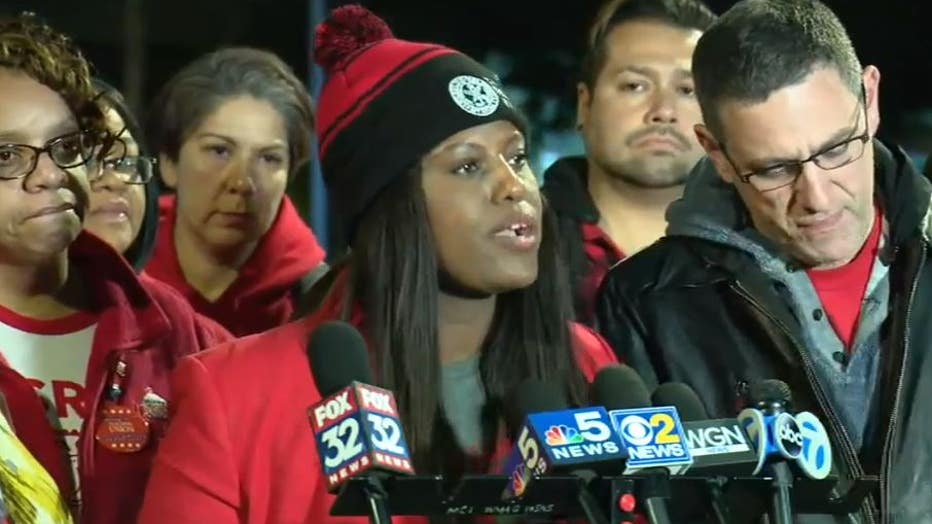 Representatives of the Chicago Teachers Union speak after negotiations with the city on Saturday.