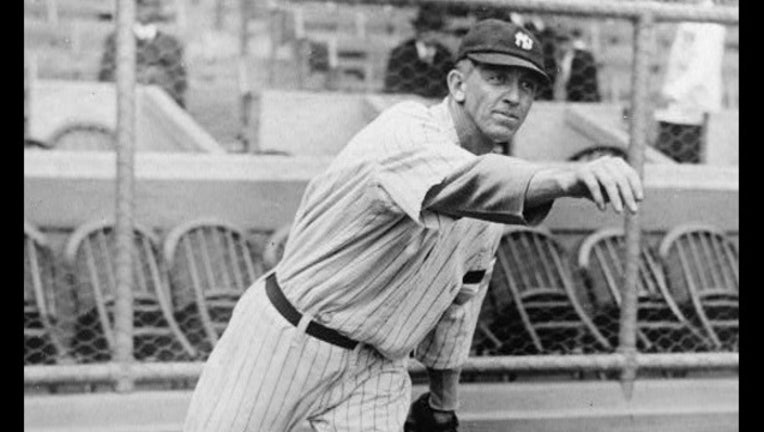 Ray Caldwell was an electric pitcher in the majors from 1910 to ‘21. Most of his years were spent pitching for the New York Yankees, and briefly he was on the same pitching staff as Babe Ruth with the 1919 Boston Red Sox. But perhaps the most interesting moment from that season and Caldwell’s career was when he was struck down by lightning on the mound.

It was 96 years ago today, Aug. 24. Caldwell was making his first start for the Cleveland Indians after being released by Boston two weeks prior. He had thrown 8 2/3 innings of one-run ball against the Philadelphia Athletics and had his team up 2-1 when a great firebolt from the sky struck a railing near the press box, surged down the ballpark railings, crossed the infield and felled Caldwell, knocking him unconscious for five minutes, according to witnesses.

Umpires rushed to the mound where the hurler lay on his back. Fans were panicked. It was a breathless moment.

Then … he sat up. Just like that. He shook his head, looked around and asked for the ball so he could finish the game. And wouldn’t you know it: He retired Athletics shortstop Jumpin’ Joe Dugan on his very next pitch to end the game.