The body of a 24-year-old Antioch man, who was last seen Jan. 22, was recovered from the Des Plaines River Tuesday afternoon.

LIBERTYVILLE, Ill. - The body of a 24-year-old Antioch man was recovered from the Des Plaines River Tuesday afternoon.

Just before 2 p.m., Thomas "Tommy" Howe was recovered from the Des Plaines River near Libertyville.

A kayaker who was in the Des Plaines River last Friday saw a jacket along the shoreline that matched the description of the jacket Howe was last seen wearing, authorities said.

The kayaker then called police, which led to a search of the river by area police K9 units and fire department dive teams.

The divers were not able to resume their work until Tuesday afternoon due to unfavorable river conditions, authorities said.

The Antioch resident was last seen on Saturday morning around 11 a.m. when he was involved in a car crash with another vehicle on I-94 near Route 176. After the accident, he walked away from his car and there have been no confirmed sightings of him since.

Based on evidence from the scene, the body was preliminary identified as Howe.

Howe had been missing since Saturday, Jan. 22. At approximately 11 a.m. that morning, he was driving from his Chicago apartment to his parents Antioch home, when he was involved in a crash along I-94 near Route 176.

Witnesses reported seeing him walk away from the site of the crash, cross lanes of traffic, and enter the nearby Old School Forest Preserve in Libertyville.

The day of the crash, Howe’s parents used the location of their son's personal cellphone to find his car. 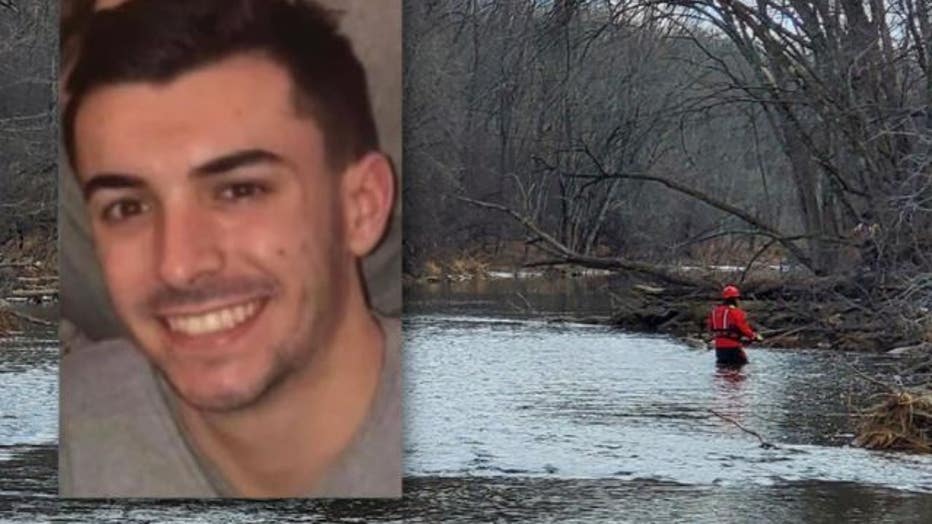 It had been taken to a tow lot in Vernon Hills. The vehicle was damaged, and the airbags had been deployed.

"We have been with the Howe family throughout their search for Tommy," said Antioch Police Chief Geoffrey Guttschow. "This is a devastating time for them. The family will continue to be in our prayers."

Autopsy results are pending, and an investigation is underway into the circumstances of his death.

The family of Howe released a statement on Facebook Wednesday, saying in part:

While the outcome was not what we were hoping and praying for, we were able to locate Tommy, and now have the honor to lay him to rest.

We don’t know what God’s Plan is.  God gave us the gift of Tommy for 24 years, and we will cherish the time we had with Tommy.  Tommy will live on in our hearts forever.  He will continue to watch over all of us from above."