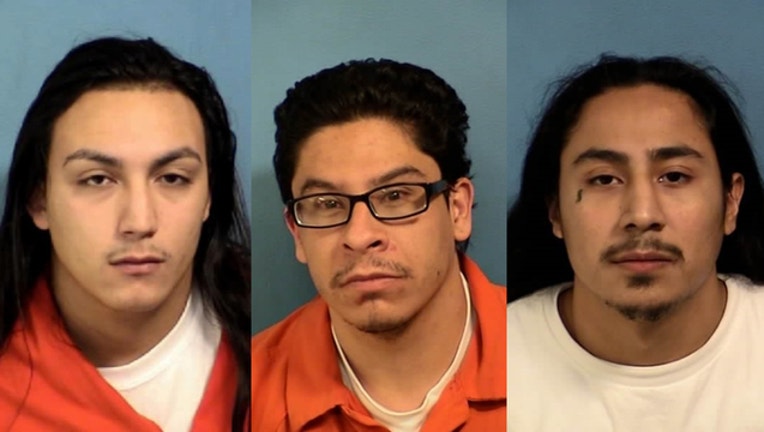 SUN TIMES MEDIA WIRE - Three men have been charged with the murder of a 26-year-old man who was found shot to death Friday morning in west suburban West Chicago.

Investigators learned that Nicolas had been near his vehicle at 11:19 p.m. on Nov. 8 when he was approached by 21-year-old Juan Calderon, 27-year-old Emilio Guillen and 26-year-old Fredi Bautista, prosecutors said. The trio attacked Nicolas and eventually Guillen gave the order to shoot him.

Calderon then shot Nicolas in the head, the state’s attorney’s office said. The three suspects then got into Guillen’s car and drove away.

Guillen was arrested Saturday at his Rockford home, prosecutors said. Calderon, who lives in Aurora, was arrested at his home on Monday.

Bautista, who lives in West Chicago, has also since been taken into custody, according to prosecutors. All three men are charged with first-degree murder.

“It is alleged that these three defendants brutally murdered Alexander Nicolas simply because they believed he was in a rival gang,” DuPage County State’s Attorney Robert Berlin said in the statement. “This gang-fueled violence must be stopped. The senseless killing of an unarmed man in a residential neighborhood will not be tolerated.”

Bautista’s bail was set at $1.5 million, according to DuPage County sheriff’s office records.

Guillen’s next court date was scheduled for Dec. 5, while Calderon was due back in court Dec. 6.