A man was killed and two others wounded Thursday in a shooting in Park Manor on the South Side, police say.

CHICAGO - A man was killed and two others wounded Thursday in a shooting in Park Manor on the South Side, police say.

They were in a parked vehicle on the street in the 7100 block of South State about 2:15 p.m. when two gunman approached and fired shots, Chicago police.

The men were struck by gunfire and drove off, police said. Paramedics found them in the 6300 block of South King Drive and took them to hospitals.

A 30-year-old man was taken to the University of Chicago Medical Center died from several gunshot wounds, police said.

A 24-year-old man was struck in the armpit and was taken to St. Bernard Hospital, and  21-year-old was hit in the abdomen and went to University of Chicago, police said. They were both listed in critical condition. 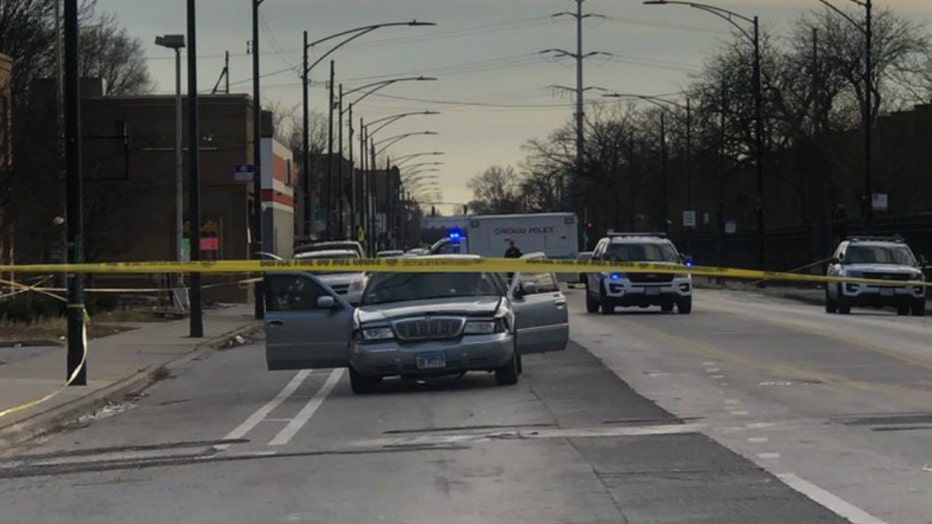 A car shot up near 7100 S. State St. travels 2 miles, the driver passed out as he tried to make to the hospital. One man is dead and two others are wounded.