His opponent? Catalina Lauf, a 27-year-old who previously served in the Trump administration in the U.S. Department of Commerce. She launched her bid Tuesday to oust the 42-year-old incumbent in Illinois' 16th Congressional District.

"I never thought I'd primary a fellow Republican, but is Congressman Kinzinger really a Republican anymore? He isn't and we have the proof," Lauf says in a video campaign announcement.

Lauf attacks Kinzinger as a "weak-kneed, establishment Republican" who "cares more about his next MSNBC appearance than the voters who elected him." 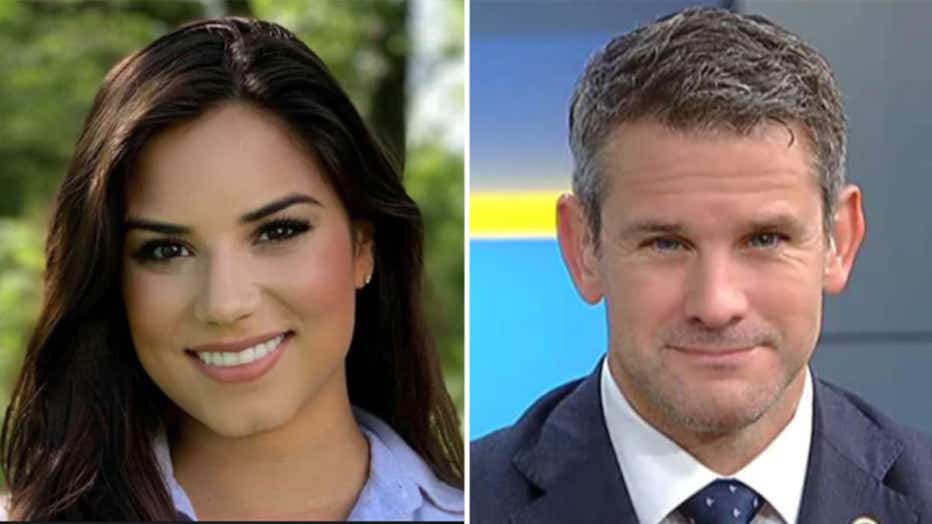 She suggests that the sitting congressman does not support the "America First" movement, pointing to his "one in three votes" in Congress that have sided with House Speaker Nancy Pelosi, D-Calif.

"Instead of being in our fight, Adam betrayed his constituents for a life in the D.C. swamp," Lauf says.

She then slams the "Fake Republican" for supporting the "phony impeachment hoax for a president who has already left office."

Lauf goes on to accuse Kinzinger of "further fan[ning] flames" by "divid[ing] our party."

Among the candidate's listed priorities she sets to tackle on Capitol Hill include "social media censorship," "election integrity," "freedom of speech," "gun rights," "illegal immigration," and "keeping the economy going."

Lauf previously ran for Congress in Illinois' 14th Congressional District in 2020 but was defeated in a crowded GOP primary by state Sen. Jim Oberweis, who fell short in the general election against Democratic incumbent Rep. Lauren Underwood by less than 2 percent.

Lauf prides herself as the daughter of a Guatemalan immigrant mother, who came to the U.S. legally, and a small business owner father. She also branded herself as the "anti-AOC."

Both she and her sister Madeline were prominently featured in a video during last year's Republican National Convention in support of President Trump.