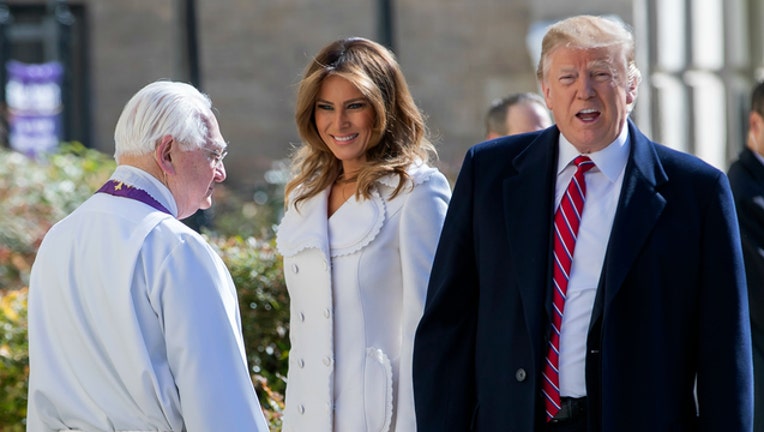 Trump and his wife, first lady Melania Trump, joined parishioners for Sunday's 11 a.m. service at St. John's Church, a historic yellow church across from the White House and Lafayette Park. Every president since James Madison, who served in the 1800s, has attended a service at St. John's, according to the church.

The Rev. W. Bruce McPherson greeted the Trumps after the short drive from the White House.

The Trumps returned to the White House after the hour-long service.

The Trumps last attended religious services in December, at Washington National Cathedral. Trump had skipped spending the holiday at his Florida estate and stayed in Washington during the government shutdown.