Historians estimate that up to 1.5 million Armenians were killed around World War I, and many scholars see it as the 20th century's first genocide.

ISTANBUL (AP) -  Turkey’s foreign ministry has summoned the U.S. ambassador in Ankara to protest the U.S. decision to mark the deportation and killing of Armenians during the Ottoman Empire as "genocide."

Deputy Foreign Minister Sedat Onal met with David Satterfield late Saturday to express Ankara’s strong condemnation. "The statement does not have legal ground in terms of international law and has hurt the Turkish people, opening a wound that’s hard to fix in our relations," the ministry said.

On Saturday, U.S. President Joe Biden followed through on a campaign promise to recognize the events that began in 1915 and killed an estimated 1.5 million Ottoman Armenians as genocide. The statement was carefully crafted to say the deportations, massacres and death marches took place in the Ottoman Empire. "We see that pain. We affirm the history. We do this not to cast blame but to ensure that what happened is never repeated," it said.

The White House proclamation immediately prompted statements of condemnation from Turkish officials, although Turkish President Recep Tayyip Erdogan is yet to address the issue. 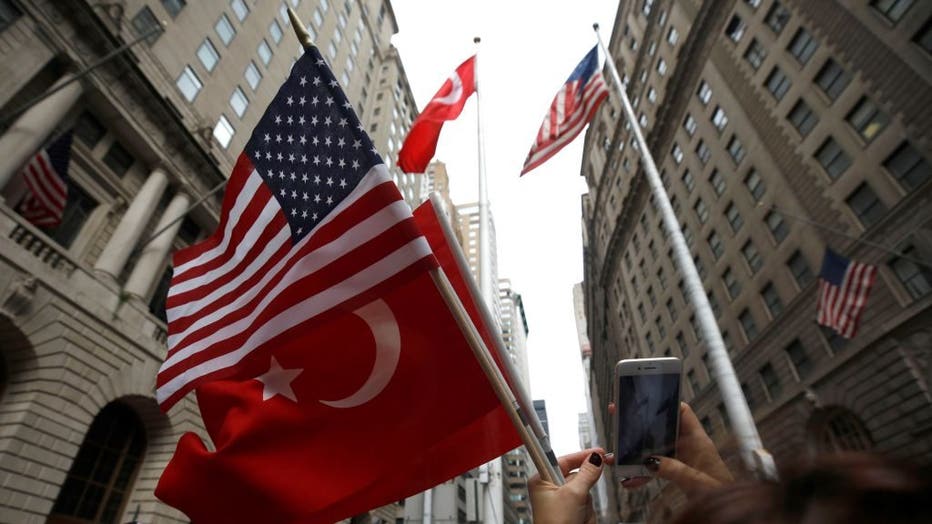 Turkey rejects the use of the word, saying both Turks and Armenians were killed in the World War I-era fighting, and has called for a joint history commission to investigate. For years, American presidents have avoided using "genocide" to describe what Armenians call Meds Yeghern, or the Great Crime.

The announcement comes as Turkish-American relations suffer from a host of issues. The U.S. has sanctioned Turkish defense officials and kicked Turkey out of a fighter jet program after the NATO member bought the Russian-made S400 defense system. Ankara is frustrated by Washington's support of Syrian Kurdish fighters linked to an insurgency that Turkey has fought for decades. Turkey has also demanded the extradition of Fethullah Gulen, a Turkish cleric accused of orchestrating a bloody coup attempt against Erdogan's government in 2016. Gulen lives in the U.S. and denies involvement.

RELATED: Armenian Genocide: Why Biden’s recognition could inflame political tension between US and Turkey

Erdogan and Biden spoke on the phone Friday for the first time since the U.S. elections.

Ibrahim Kalin, the spokesman to the president, tweeted Sunday: "President Erdogan opened Turkey’s national archives & called for a joint historical committee to investigate the events of 1915, to which Armenia never responded. It is a pity @POTUS has ignored, among others, this simple fact and taken an irresponsible and unprincipled position."