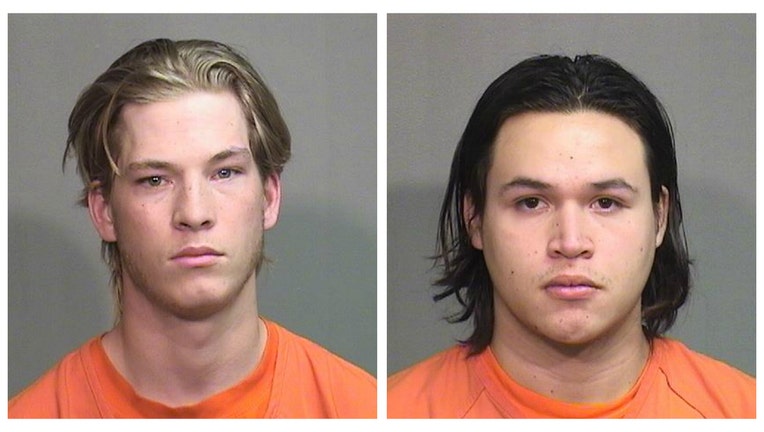 MCHENRY COUNTY, Illinois - Two men are accused of breaking into a cemetery and stealing a utility vehicle last week in an unincorporated area near Harvard.

Jose Medina, 19, and Bradley Tucker, 18, are each charged with burglary and theft, the McHenry County sheriff’s office said in a statement. Medina is also charged with electronic fencing and criminal damage to property.

On Dec. 3, Medina and Tucker allegedly broke into Mount Auburn Cemetery in the 20500 block of East Brink Street and stole a John Deere Gator utility vehicle from a building, the sheriff’s office said.

Later, deputies received a tip from someone who said they had just bought a John Deere Gator off of Craigslist, the sheriff’s office said. After the sale, the buyer confirmed with a local John Deere dealer that the gator had been originally bought by the cemetery.

Tucker and Medina were arrested after allegedly being identified as the suspects, the sheriff’s office said.

Both were released from custody after posting bond, according to sheriff’s office records.

Woman arrested for death of twin baby boys 17 years ago

A 41-year-old Michigan woman has been charged for the deaths of her newborn twin sons which occurred in 2003 in Illinois.