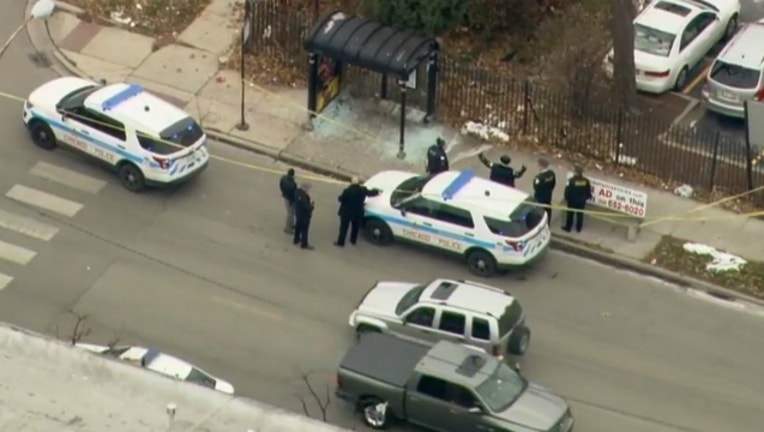 A group of males were walking when a black male in a red jacket fired shots at 9:11 a.m. in the 4900 block of West Division, according to Chicago Police.

Keayon Brooks, 18, of the Humboldt Park neighborhood was shot and taken to Stroger Hospital, where he was pronounced dead at 9:50 a.m., police and the Cook County medical examiner’s office said. An autopsy Tuesday found he died of multiple gunshot wounds, and his death was ruled a homicide.

A 17-year-old was shot in the leg and also taken to Stroger, where his condition stabilized, police said.

The glass walls of a bus stop shelter at Lamon and Division shattered during the gunfire.

The shooter was not in custody as of Monday morning.

Both teens were students at a charter school that gives a second chance to students ages 16 to 21 who’d previously dropped out of school.

The school is only steps from the scene of the shooting.

A representative of the school – Youth Connection Charter School (YCCS) West – was not immediately available for comment Monday.

The school is part of a network of alternative charter schools that operate 19 locations around the city.