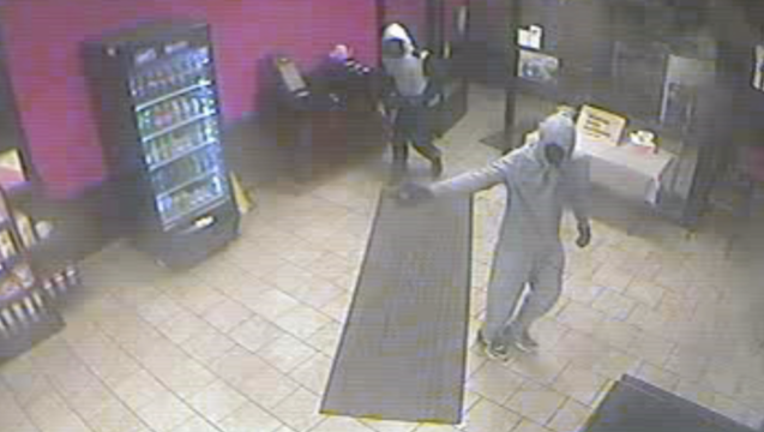 The robbery happened at 8:45 p.m. in the 1800 block of North Lewis Avenue, according to Waukegan police.

An employee told officers two male suspects wearing masks entered the shop and demanded cash. One of them was armed with a handgun.

The suspects were described as black males between 5-foot-10 and 6-foot with thin builds, police said. They were last seen running away.