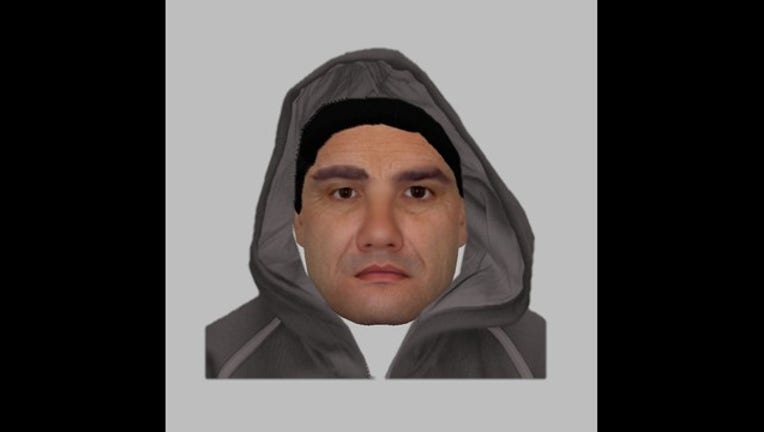 Sketch of the man suspected of robbing a 65-year-old Burr Ridge woman of her purse when he entered her car in the Macy's parking lot at the Oakbrook Center mall Sunday evening. Oakbrook police

SUN-TIMES MEDIA WIRE - Two robberies were reported over the weekend at the Oakbrook Center mall in the western suburb.

At 5:08 p.m. Sunday, a man approached a 65-year-old Burr Ridge woman who had just entered her vehicle in the Yellow-F parking lot south of Macy’s, according to Oak Brook police.

The man opened her car door and demanded her purse, and when she refused, he implied he had a knife, police said.

The man pulled her purse out of her grip, causing her to fall out of her vehicle, and ran south towards 22nd Street, police said.

Officers searched the area but did not find the suspect, who was described as a white man between 30 and 40 years old, about 6-foot, with a stocky build, brown hair, wide nose, round face and squinty eyes, wearing a gray jacket and hood.

“Shoppers should remain aware of their surroundings but know that this is the first incident of its kind in many months and that there are no active safety concerns at this time,” police said.

The previous night, a valet pulled a 2014 black Nissan Pathfinder in front of the Clubhouse Restaurant to be claimed by the owner at 10:25 p.m. Saturday, police said. The valet left the SUV running to keep it warm, and when the valet returned to his vehicle, a white SUV pulled up.

Two black men, between 18 and 25 years old, got out of the white SUV and got into the Pathfinder, police said. The valet tried to stop the suspects, but both vehicles left west on 22nd Street.

The Pathfinder was recovered a short time later in the 1100 block of West 63rd Street in Chicago, police said. The SUV is being processed for evidence at the Oak Brook Police Department.

Anyone with information about either of the robberies is asked to call Officer Garrett Church at (630) 368-8734 or email crimetips@oakbrook.org.