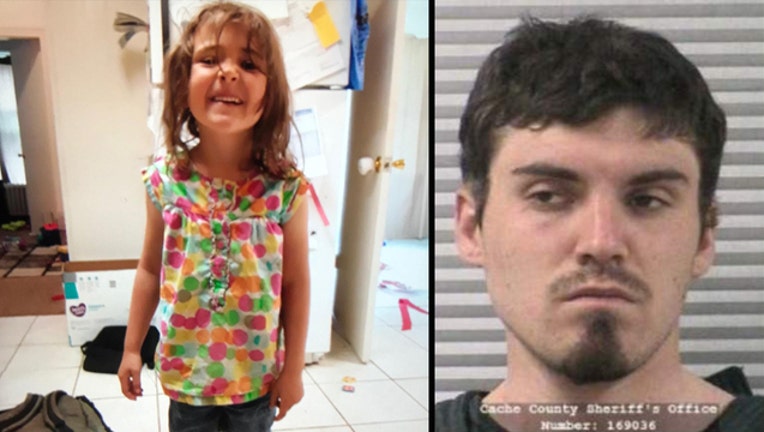 SALT LAKE CITY (AP) - The uncle of a missing 5-year-old Utah girl was charged with murder Wednesday as a search for the child stretched into its fifth day.

The body of Elizabeth "Lizzy" Shelley has not been found, but police have discovered the girl's blood on the watch and sweatshirt of her uncle, 21-year-old Alex Whipple, Logan Police Chief Gary Jensen said.

Her blood was also found on a broken knife taken from her home, a piece of pipe and the skirt she was last seen wearing, which was "hastily buried" near the family home, prosecutors said in charging documents.

Whipple was charged with aggravated murder, child kidnapping, obstruction of justice and desecration of a human body, a charge that relates to steps taken to hide the body, Jensen said.

Investigators have been searching for Lizzy since her mother reported her missing Saturday morning.

Whipple was arrested on unrelated charges hours after the child disappeared. Police have said he's been uncooperative.

Whipple has not acknowledged any involvement in the disappearance but said alcohol sometimes makes him "black out" and do "criminal things," prosecutors said.

Whipple had been drinking with his sister and her live-in boyfriend the night the child went missing, authorities said. When the mother woke up Saturday, she found a door open and her brother and the girl missing, prosecutors said.

Whipple has a criminal record that includes an assault involving domestic violence, possession of a stolen vehicle and drug-related charges.

His attorney Shannon Demler did not immediately return a message seeking comment.

Jensen said officers are scouring the area in search of the girl's body, even looking in mounds of garbage and mulch in hopes of giving her family closure.