WASHINGTON - The number of Americans applying for unemployment aid rose last week for a second straight week to 351,000, a sign that the delta variant of the coronavirus may be disrupting the job market's recovery, at least temporarily.

Thursday's report from the Labor Department showed that jobless claims rose by 16,000 from the previous week. As the job market has strengthened, unemployment aid applications, which generally track layoffs, have tumbled since topping 900,000 early this year, reflecting the economy's reopening after the pandemic recession.

Still, jobless claims remain somewhat elevated: Before the pandemic tore through the economy in March 2020, they generally numbered about 220,000 a week.

America's employers have rapidly increased their hiring since they slashed 22 million jobs in March and April 2020 as the pandemic — and the shutdowns meant to contain it — brought economic activity to a near-standstill. Since then, the economy has recovered about 17 million jobs as the rollout of vaccines encouraged businesses to open and expand hours and Americans to go back out to shop, travel and dine out. 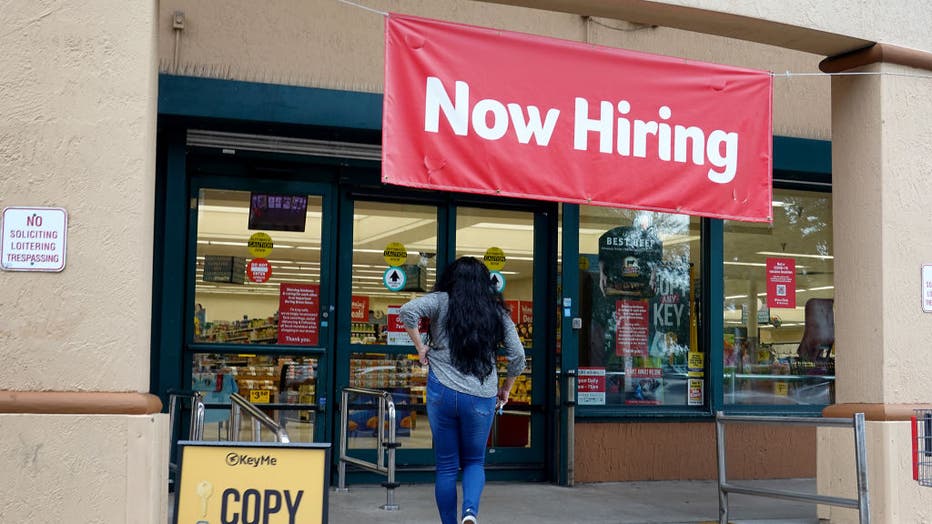 FILE - A “Now Hiring” sign hangs near the entrance to a Winn-Dixie Supermarket on Sept. 21, 2021, in Hallandale, Florida. (Photo by Joe Raedle/Getty Images)

But hiring, which has averaged more than 585,000 jobs a month this year, slowed to just 235,000 in August as the delta variant disrupted the recovery.

Overall, 2.8 million Americans were receiving unemployment benefits during the week of Sept. 11, up by 131,000 from the week before.

Earlier this month, more than 8 million people lost all their unemployment benefits with the expiration of two federal programs that covered gig workers and people who have been jobless for more than six months. Those emergency programs had been created in March of last year to help ease the economic hardship caused by the pandemic.

RELATED: Biden calls on wealthy to ‘pay their fair share’ in speech on economy